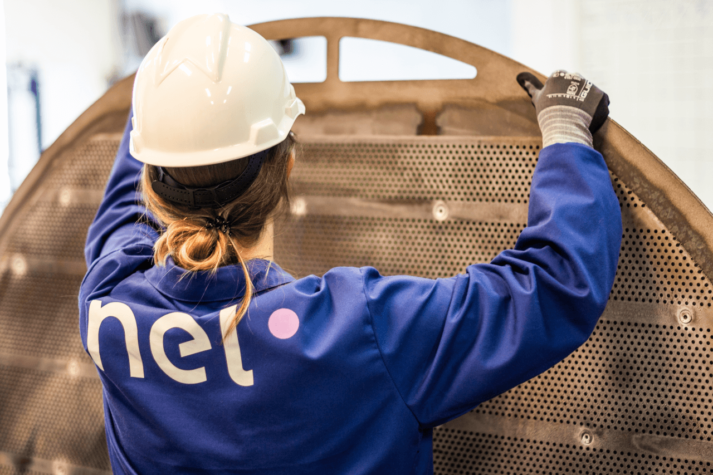 Nel ASA today reiterated its strong long-term outlook and reaffirmed its target of producing green hydrogen at $1.5kg by 2025 in its fourth quarter of 2020 results.

The Norwegian hydrogen technology firm reported revenues of NOK 229.1m in the quarter, up NOK 175.9m in the same quarter of 2019.

Nel said its order backlog ended at approximately NOK 980m, up 90%, and the company holds more than NOK 2.3bn in cash.

“The fourth quarter was another busy period for Nel with several important project awards and the preparation of the technology roadmap supporting our new target of producing green hydrogen at USD 1.5 per kilo by 2025,” said Jon André Løkke, CEO of Nel.

“Achieving this will allow green hydrogen to start to reach fossil parity, representing one of the most significant achievements for zero-emission solutions and a carbon neutral planet.”

“The expansion of the production to multi-GW scale will be instrumental in the strategy, in addition to grow the organisation to add capacities and capabilities, and investing in technology to ensuring that Nel continues to be the global leader in the hydrogen industry.”

A key element of the Nel strategy is to expand the electrolysis production to accommodate large-scale projects by constructing a fully automated manufacturing facility at Herøya, Norway.

Nel recently also announced that the facility could later be expanded to a capacity of more than 2GW.

“Herøya represents the first industrial-scale production of the most efficient electrolysers on the market, at a game-changing low cost,” Løkke added.

“The Nel team is continuously working to drive down the cost of hydrogen, where scale-up is key, and will continue to assess the exact timing for the next expansion step.”

“In 2021 alone, we will add more than 100 new colleagues, deploy over 25% of the capital raised in 2020 in plant, equipment, and technology development projects, and add more capacity as required by the market.”

“We are addressing all these challenges, as an emission-free future depends on green hydrogen, and reiterate out strong long-term outlook.”