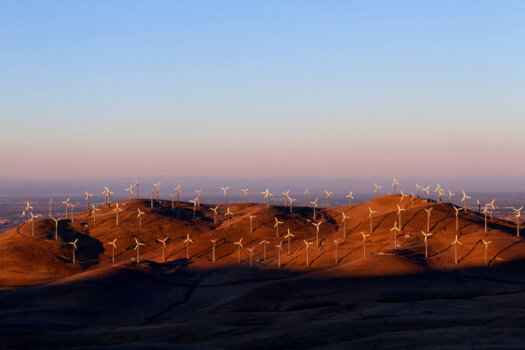 Net zero with hydrogen is on the horizon, we need the world on board to get there

A few years ago “net zero” was still considered a buzzword by many, but bold decisions over the past months made by governments, businesses and investors have shown that net zero by 2050 has become a concrete goal. Major economies around the world are firming up commitments to decarbonise, and countries with net zero ambitions today make up 80% of global GDP – a huge leap forward since the beginning of the year, when that number was still at 50%1. These developments are driving massive investments in clean energy, including in solutions based on the molecule that readers of this magazine know best: hydrogen.

When the Hydrogen Council mapped global market deployment in its Hydrogen Insights report in February this year, 228 large-scale hydrogen projects had already been announced across the value chain. Less than six months later, the total number of projects in the pipeline is up to 3591 – and not just the number and size of projects has grown, but the number of countries and regions getting on board is growing rapidly too. Although Europe and East Asia continue to lead on hydrogen, the mentality shift is now spreading far beyond with more and more governments and companies embracing stricter emission standards by moving into cleaner technologies.

Regions rich in renewable energy and carbon storage are working to take on their natural role of clean hydrogen suppliers, developing an increasingly international ecosystem. China is one of the countries that stands out as another hydrogen leader: since the country committed to net zero emissions by 2060, over 50 Chinese hydrogen projects have been announced, and green hydrogen projects specifically are set to benefit from the ramp up in renewable energy production that China is planning1. Within the next decade, the country aims to more than double its capacity of renewable energy, up to 1,200 gigawatts. On the other side of the Pacific, after re-entering the Paris Agreement earlier this year and introducing a new 50-52% greenhouse gas emissions reduction target for 2030, the US is also back in the game.

Until recently, policy initiatives in the US to stimulate the hydrogen economy were mostly limited to the state level, with California leading the charge. But the Biden-Harris administration has put solving the climate challenge back on the US agenda and clean energy deployment is making serious headway. Just one example of this includes the Hydrogen Energy Earthshot initiative launched by Energy Secretary Jennifer Granholm as part of a broader effort to drive breakthroughs in clean energy technologies.