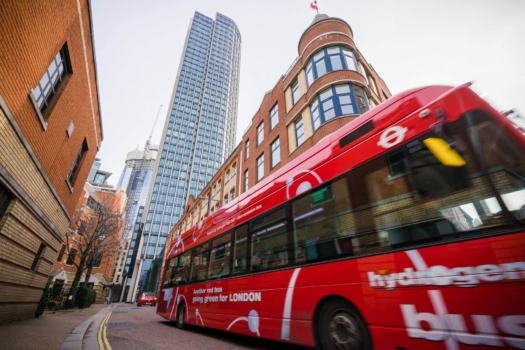 New software now being developed as part of an EU-funded project will ease the roll-out of hydrogen-powered haulage vehicles, ships and trains when a “new Europe” starts to take shape once the Covid-19 crisis is behind us.

“The Green Transition” has become a mantra for everything from the manufacture of tomorrow’s products to the ways in which we transport people and materials. However, according to SINTEF researcher Kyrre Sundseth, many people tend to forget how demanding it is rapidly to develop emissions-free systems in the transport sector.

As part of the “European Green Deal” – an EU initiative designed to make Europe climate neutral by 2050 – the use of hydrogen-based fuel cells is a key factor. These cells are small, transportable devices that convert hydrogen and air into electricity. The electricity is used to drive an electric engine that in turn powers haulage vehicles, ships and trains. The only emissions are pure water.

Hydrogen-powered vehicles are also fitted with a small battery that charges up when the vehicle brakes. The battery can then generate power to provide the engine with an extra boost when this is needed.

“More and more of the people in Europe who are currently developing ships, buses, haulage vehicles and trains want to counter the climate change crisis with zero-emissions systems,” Sundseth said.

“However, a cost-effective transition demands specialist knowledge of how hybrid fuel cells and battery systems have to be integrated and operated in order to achieve optimal performance. For many companies, a lack of such knowledge acts as a barrier, which in the worst case puts a block on technological development.”

The way ahead after Covid-19

With this in mind, SINTEF has launched the EU project called “Virtual-FCS”, and Sundseth has been appointed its coordinator.

The project involves scientists from five countries who, over the next three years, will be constructing an open software tool for the design and integration of optimal hydrogen-based propulsion systems. The software will serve as an aid that all those working in the industrial and research communities will be welcome to use, and advance.

Whilst the project was launched before the current Covid-19 outbreak reached Europe, the pandemic has made the work of the project even more important.

“Once the pandemic is behind us, many jobs will disappear for good,” Sundseth said. “The development of new, emissions-free forms of transport will represent a smart way to go on the path towards creating new types of industry and new types of jobs.”

“The climate change crisis won’t simply disappear when the virus is defeated. And if we are to mitigate climate change by reducing emissions, the biggest cuts will have to made in the transport sector. This is one of the reasons why hydrogen technology is key to the green global re-start once we emerge from the other side of the pandemic.”

The software tool being created by the project will help the developers of hydrogen-powered vehicles and vessels to identify the right types – and sizes – of hybrid fuel cell and battery system components, as well as optimal system performance parameters.

According to Sundseth, the planned software will offer a two-fold benefit. The design phase will be more straightforward and faster, and those developing and integrating the systems will avoid over-scaling using expensive components. This will reduce the total development costs.

“We’re convinced that our project will enable the more rapid implementation of hybrid fuel cells and battery systems. We have to accelerate the rate of development if the world is to achieve zero emissions in time,” Sundseth said.

“The results may provide new players in Norway and the rest of Europe with a head start in competition with the established companies. Our objective is to make the new tool into a game changer for the sector.”