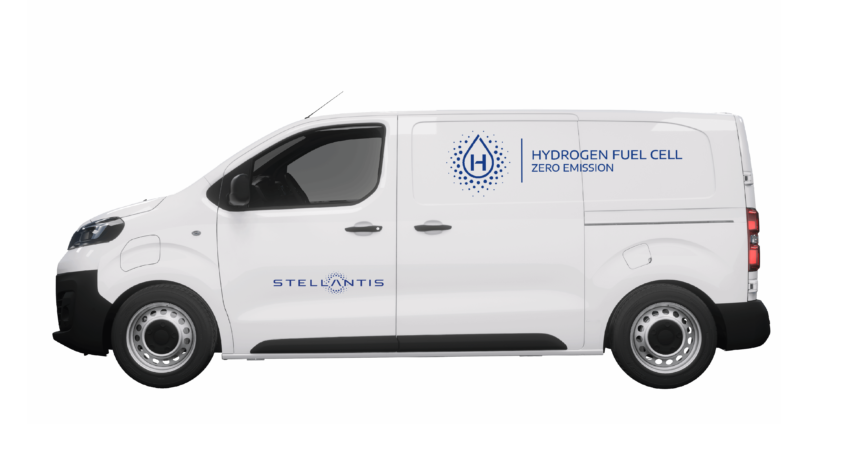 Amsterdam-based vehicle manufacturer Stellantis is set to develop a new hydrogen fuel cell-powered medium-sized van (LCV) in collaboration with hydrogen experts Faurecia and Symbio – and it could hit European roads by the end of 2021.

To develop the two main systems in the vehicle, the fuel cell stack and hydrogen storage systems, Stellantis has entered into strategic partnerships with both Faurecia and Symbio, leaning on both companies’ expertise in hydrogen technology to provide a vehicle with optimal performance.

The joint effort has seen an increase in development speed, meaning the vans could be on the roads before the end of 2021.

Stellantis’ new LCV is set to offer a range of more than 400km, and a refuelling time of only three minutes through a specifically designed mid-power architecture fuel cell system, combining technological advantages from both hydrogen and batteries.

The LCV boasts a 60bhp fuel cell stack under the bonnet, which is connected to three hydrogen tanks that can carry 4.4kg of hydrogen and are mounted under the cargo floor, in place of the electric van’s 50kWh battery.

The set up being integrated into the LCV is expected to mix power sources with the battery, providing power from standstill, at low speeds as well as under acceleration, whereas the fuel cell is utilised at cruising speeds when less energy is required.

The new LCV takes inspiration from existing vans on the market, including the Citroen Jumpy, Peugeot Expert and Opel Vivaro, to create a hydrogen powered vehicle that is capable of competing with diesel and petrol fuelled LCVs on the current market.

The project has also received funding from public authorities in both Germany and France, with both believing this hydrogen LCV is key to decarbonising roads.

Andreas Scheuer, German Federal Minister of Transport and Digital Infrastructure, said, “Today, this fuel cell electric vehicle of Stellantis takes centre stage. I am proud to say that we could make €5.6m ($6.5m) in funding available for the development of this light commercial vehicle as part of the German National Hydrogen Strategy.”

“These vehicles will help us in achieving our National Hydrogen Strategy goals, the commercial vehicle sector is the right place to start.”