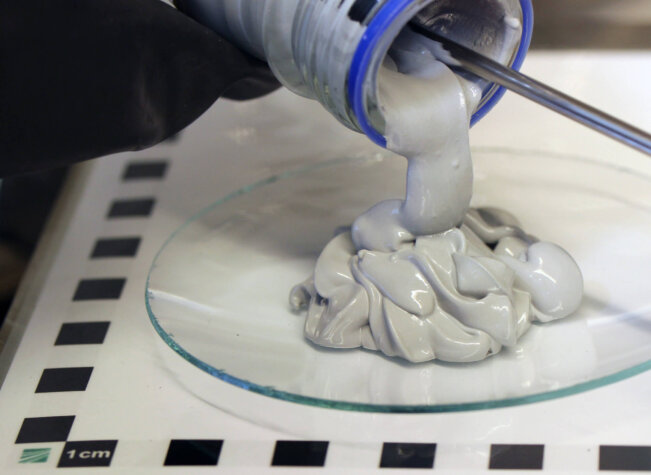 A new hydrogen-based fuel based on solid magnesium hydride could be the perfect solution for small vehicles, according to Researchers from the Fraunhofer Institute for Manufacturing Technology and Advanced Materials IFAM in Dresden.

Called POWERPASTE, the fuel only begins to decompose at temperatures of around 250 °C, meaning it remains safe after sitting in the sun for hours when used in applications such as e-scooters.

Refuelling with POWERPASTE is also easy and simple. Instead of filling up at a filling station, users instead have to replace an empty cartridge with a new one and then refill a tank with mains water.

The cartridge changing can be carried out at home or on the move.

“POWERPASTE stores hydrogen in a chemical form at room temperature and atmospheric pressure to be then released on demand,” explains Dr. Marcus Vogt, Research Associate at Fraunhofer IFAM.

Magnesium is the starting material of POWERPASTE, making it easily available. Magnesium powder is combined with hydrogen to form magnesium hydride in a process conducted at 350 °C and five to six times atmospheric pressure.

An ester and a metal salt are then added in order to form the finished product.

Onboard the vehicle, the POWERPASTE is released from a cartridge by means of a plunger. When water is added from an onboard tank, the ensuing reaction generates hydrogen gas in a quantity dynamically adjusted to the actual requirements of the fuel cell.

With its huge energy storage density, POWERPASTE is also an interesting option for cars, delivery vehicles and range extenders in battery-powered electric vehicles. Similarly, it could also significantly extend the flight time of large drones.

Fraunhofer IFAM is currently building a production plant for POWERPASTE at the Fraunhofer Project Centre for Energy Storage and Systems ZESS.

Scheduled to go into operation in 2021, this new facility will be able to produce up to four tonnes of POWERPASTE a year – not only for e-scooters.