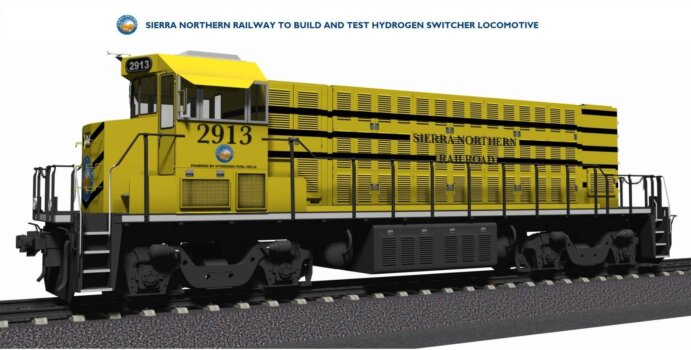 Californian railroad company Sierra Northern Railway will retire its diesel locomotive in favour of a new hydrogen switcher one set to be powered by Ballard Power Systems technology – and it’s expected to be on Northern Californian tracks by 2023.

A hydrogen infrastructure will also be provided for the locomotive in which a new hydrogen station, set to be constructed by Royal Dutch Shell, will refuel the hydrogen-powered train.

The project will create a foundation for widespread deployment of hydrogen-powered locomotives, with the train set to be positioned in California where more than 260 switching locomotives and 500 intrastate locomotives are in service.