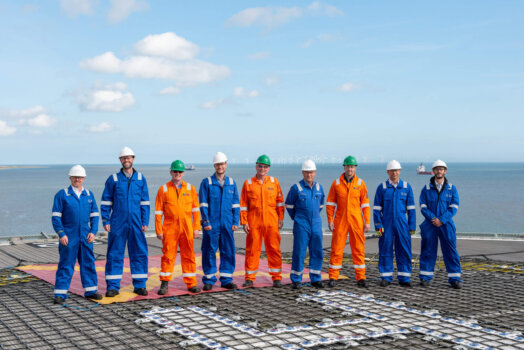 A new industrial scale offshore green hydrogen production concept is being developed for the North Sea.

Aquaterra Energy, Lhyfe and Borr Drilling today (September 21) said they have joined forces on the effort which includes the deployment of an electrolyser system on a converted jack-up rig.

Dubbed Project Haldane, the development will offer an alternative deployment of existing assets that provides both a source of green hydrogen and enhances the commercial feasibility of remote offshore wind projects.

Commenting on the development plans, Darren Sutherland, Director of Operations at Borr Drilling, said, “With our expertise in complex offshore operations and fleet management, Borr Drilling will leverage its core capabilities to evaluate the adoption of this alternative energy source in an environment with a large untapped potential.