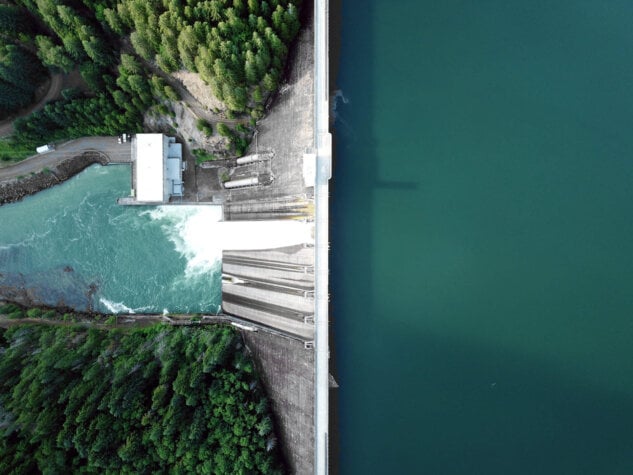 The International Hydropower Association (IHA) has released a new paper today (May 25) that explores hydropower’s potential in green hydrogen production and why it could be critical to future developments.

In addition to this, the paper makes several key factors for governments and industry to consider.

The report uses several case studies, such as the 167MW Rjukan and 135MW Glomfjord electrolyser facilities in Norway produced hydrogen from locally sourced hydropower that have been supplying hydrogen for ammonia production to be used in fertilisers.

As outlined in the report, with green hydrogen demand set to ramp up in the near future, hydropower could play a fundamental role in ensuring that renewable energy is provided to create the carbon-neutral fuel source.

As the market for hydrogen grows, hydropower generators can integrate electrolysers at or nearby hydropower sites, to produce green hydrogen as a zero-carbon product and revenue option.

Green hydrogen can also make use of surplus hydropower supply where it may be available, especially if it can support high utilisation factors for electrolysis plants.

As well as this, a drive for green hydrogen will broadly rely on decarbonisation of the power sector and significantly increased demand for clean electricity.

As the leading source of renewable and reliable electricity, this further supports the case for hydropower capacity and its critical role alongside other renewables in the transition to net-zero.

Alongside presenting these factors that showcase the huge role that hydropower could have in producing green hydrogen, several recommendations have been made to governments and industry to ensure its potential is realised.

These include prioritising development of green hydrogen through enabling policies and financial incentives and supporting increased decarbonisation of power grids to ensure electricity used for hydrogen is green.

As well as this, recognise and support the role of hydropower capacity, alongside other renewables, in green hydrogen supply and to create markets and policy frameworks that reward flexible electricity supply and demand on the grid.

The final recommendation is to scale-up investment in new zero carbon generation capacity as soon as possible.

Alex Campbell, Head of Policy and Research at IHA’s, said, “Looking ahead hydropower could potentially supply at least 1,000TWh of the additional electricity demand required in IRENA’s 2050 scenario.

“For even more ambitious scenarios that seek to limit the increase in global temperatures below 1.5C, the likely demand on hydropower would be greater.

“To realise this potential, policy and regulatory frameworks must be updated to deploy hydrogen services and infrastructure at the scale now required.”

You can read the report here.