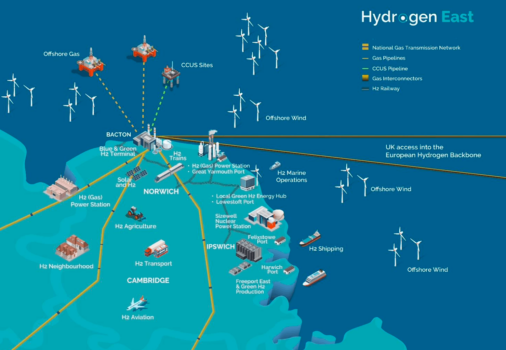 A new study has been released highlighting the potential for hydrogen production in transforming the Bacton, UK, Terminal into an international clean energy hub helping to decarbonise the East Anglian economy.

The ‘Bacton Energy Hub: Exploring the potential for hydrogen from the Southern North Sea’ study has been delivered by a collaborative partnership led by Hydrogen East.

The report reveals that Bacton has excellent connections into the onshore gas network that could also support the flow of sizeable quantities of hydrogen into the Great British system.

With the terminal being connected to Europe through two gas interconnectors, the pipelines could possibly sustain hydrogen export opportunities in the longer term.