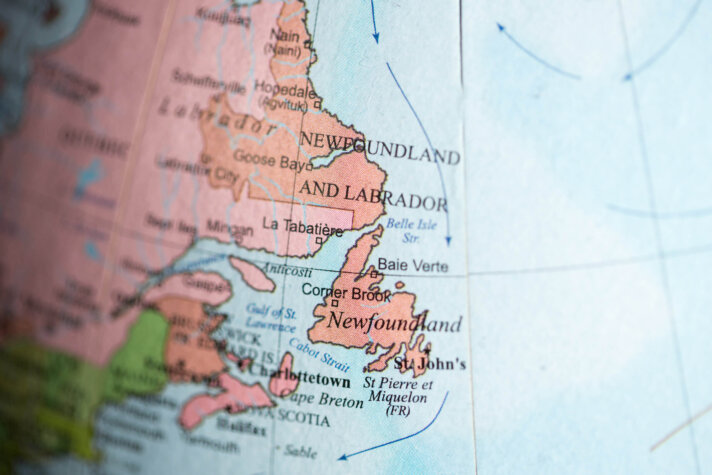 Newfoundland & Labrador has the potential to be a key Atlantic and international hydrogen exporter, says report

Newfoundland & Labrador (NL), Canada, has the potential to become a major producer of hydrogen that could serve domestic demand across the Atlantic and international markets according to a new report.

The “Feasibility Study of Hydrogen Production, Storage, Distribution, and Use in Newfoundland & Labrador” had been coordinated by the Offshore Energy Research Association (OERA) to investigate hydrogen potential role in this region.

It found that developing hydrogen production in Newfoundland & Labrador and attracting new industry could result in new green jobs and a hydrogen sector in the province valued at over $11bn per year by 2050.

The study provides a technical and economic assessment of the role hydrogen could play in Newfoundland & Labrador’s energy system transition.

It explores the opportunities and challenges hydrogen production, storage, distribution and use could create for the province while also looking at how NL could interact with the rest of Atlantic Canada in relation to hydrogen.

The study also identifies other key factors such as realising that the low-carbon intensity hydrogen produced in NL could contribute to meeting decarbonisation targets across the Atlantic region.

As well as this, NL is also strategically positioned to establish a hydrogen export market to Europe that could generate significant jobs and economic growth for the region.

Local demand for hydrogen is projected to be lower in NL than in other Atlantic provinces due to opportunities for direct electrification.

Alisdair McLean, Executive Director at OERA, said, “This study is one of the ways OERA is exploring what the Atlantic region’s energy future might look like and how we can create new opportunities as we work to achieve net-zero GHG emissions by 2050.

“The findings detailed in the report show that Newfoundland & Labrador could benefit significantly from developing hydrogen production, storage, distribution, and use.

“It also finds there is substantial potential for the entire region to gain through cooperation and collaboration related to hydrogen.”

The Honourable Seamus O’Regan Jr., Minister of Natural Resources, said, “Hydrogen’s moment has come. It’s a game-changing opportunity for our Province to create green jobs, grow our economy and reach our climate goals.

“Newfoundland and Labrador will lead in low-carbon hydrogen production, using our hydroelectric resources and the strength of our workers to do it. This is how we get to net-zero by 2050.”

You can find the study here.

As one of the authors of the Hydrogen Strategy for Canada, Zen Clean Energy Solutions’ Principal Sabina Russell couldn’t be happier to see the release of the game-changing document that will accelerate Canada’s journey to net-zero.

“It was a big job,” she told H2 View on Thursday (17th Dec), just after the launch of the strategy. “I think that industry, academia and even local governments were really waiting for the federal strategy to set the vision.”

“What Canada really needed was that signal that the federal government is committed to hydrogen, that we really need it to achieve net zero, and that the support is now there. What we wanted was that vision, and the strategy sets hydrogen as a strategic priority in Canada’s energy system.”

Energy Observer arrives in the Caribbean