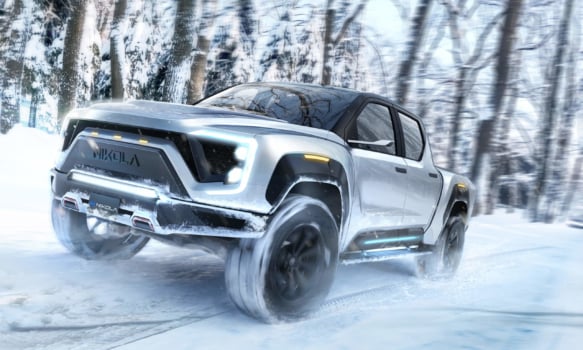 Nikola Corporation has today announced a strategic partnership with General Motors (GM), through which GM will receive an 11% ownership of the company.

The ground-breaking partnership will also see GM engineer, homologate, validate and build both variants of the Nikola Badger, which was unveiled earlier this year.

In addition to the efforts related to the Nikola Badger, the partnership will carry cost reductions for Nikola’s other programmes such as the Nikola Tre, Nikola One, Nikola Two and NZT.

As part of today’s announcement, Nikola said it will utilise GM’s Ultium battery system and Hydrotec fuel cell technology in its innovations, representing a key commercial milestone for GM.

“By joining together, we get access to their validated parts for all of our programmes, GM’s Ultium battery technology and a multi-billion-dollar fuel cell programme ready for production.”

“Most importantly, GM has a vested interest to see Nikola succeed. We made three promises to our stakeholders and have now fulfilled two out of three promises ahead of schedule. What an exciting announcement.”

The agreement with Nikola extends GM’s utilisation of its fuel cell technology to the Class 7/8 semi-truck market and represents a high-volume commercialisation of the system.

“We are growing our presence in multiple high-volume EV segments while building scale to lower battery and fuel cells costs and increase profitability.”

“In addition, applying GM’s electrified technology solutions to the heavy-duty class of commercial vehicles is another important step in fulfilling our vision of a zero emissions future.”

Nikola Motor: Taking trucks out of the carbon equation