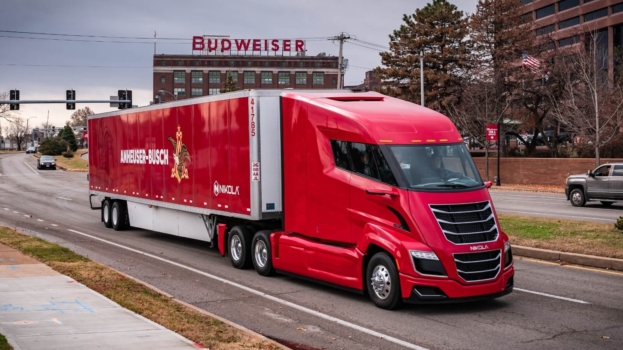 Nikola Motor: Taking trucks out of the carbon equation

So far in its three-part series, H2 View has discussed the founding story of Nikola Motor and explored some of the company’s key partnerships it has developed throughout its whirlwind start of a zero-emission journey.

Today, in the third and final instalment of the series, H2 View will discuss the company’s innovations that are soon set to hit the market, its recently announced updates and ambitious plans for the future.

With its development of four hydrogen, fuel cell truck models, the Nikola One, Nikola Two, Nikola Tre and Nikola Badger, the company has reported promising numbers and interest once production begins, stating it has more than $10bn in pre-order reservations for its vehicles.

Both boasting the same specs and available to the North American market, the Nikola One and Two trucks were Nikola’s first hydrogen fuel cell electric, Class 8, 40-tonne semi-trucks, the Nikola One being a sleeper semi-truck and the Nikola Two being a day cab semi-truck.