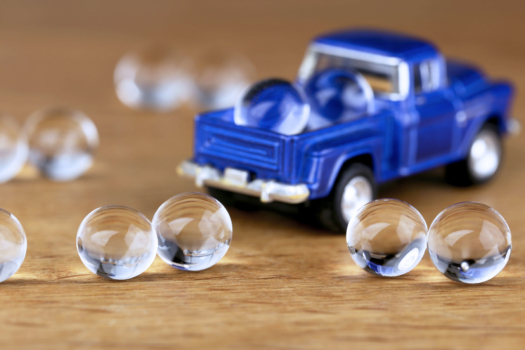 If the coronavirus pandemic has taught us anything, it is that a unified approach and strategic investment of funds can have a massive impact. Not only that, as a lockdown world has experienced an 80% drop in pollution in some areas, we’ve witnessed the impact a change in transport use can have. Now is the time to maximise on those green gains.

The biggest contributor to the UK’s climate crisis is the transport sector, in normal times amounting to 28% of all greenhouse gas emissions in the UK, as well as impacting on air quality across towns and cities.

At the NWHA, we’ve been looking into the role hydrogen could play in decarbonising our transport sector. Our recently released report ‘A Hydrogen Mobility Roadmap May 2020’, sets out our recommendations on kick starting a hydrogen transport revolution.

This definitely isn’t a case of electric versus hydrogen vehicles. Electric cars are likely to dominate, until we have a network of hydrogen refuelling stations, but there are other forms of transport where hydrogen is the better option.

To meet targets, a diverse range of solutions is needed, and hydrogen has a major role to play in the decarbonisation of transport, with the Committee on Climate Change identifying hydrogen as a potential fuel source to impact where electrification can’t.

The greening of the transport sector means we can’t have an “either/or” scenario, pitting electricity against hydrogen as a fuel source. Instead, it’s about identifying the strengths and weaknesses of both approaches and using them accordingly.

For instance, hydrogen offers significantly longer running distances and faster refuelling than electric vehicles, so could be particularly revolutionary in the HGV sector, for long haul transportation, and for vehicles which can “return to base” for refuelling, such as waste vehicles. We’re also close to seeing the first hydrogen trains in the UK with Alstom planning on launching fleets of hydrogen-powered trains out of Widnes.

A sector which is often forgotten, but is a major contributor of greenhouse gas emissions, is the marine sector, which in Europe has the same carbon footprint as a quarter of all passenger cars. Ports are now looking at their own air quality plans, and this could lead to changes in shipping fuel, port energy use, fuelling forklifts and HGVs.

Our report sets out a series of actions that Government and industry will need to take to enable widespread deployment of hydrogen vehicles, with some quick wins which means the Government can take rapid action on climate change while supporting the economic recovery after Covid-19.

Hydrogen roll-out can potentially be delivered at speed, a rapid change we could implement post-lockdown which could ensure the environmental benefits and air quality improvements we have seen are maintained. Even a moderate uptake of vehicles by 2030 would have a major impact, with 0.3 million tonnes of CO2 saved from going into the atmosphere in the North West alone.

We’ve already got a number of projects within the North West that can support this revolution – from hydrogen buses in Liverpool to plans to deliver the UK’s first hydrogen and carbon capture and storage project HyNet.

Over the past month we have seen that a rapid change in Government and individual behaviour is possible, resulting in a significant decrease in our impact on the environment as we slow activity in certain areas. We all want life to return to normal as quickly as possible, however there are some valuable lessons which have been learnt during lockdown, and we believe supporting hydrogen fuel is one way of ensuring those lessons are not left behind.

Professor Joe Howe is the Chair of the North West Hydrogen Alliance and Executive Director of the Thornton Energy Institute at the University of Chester.