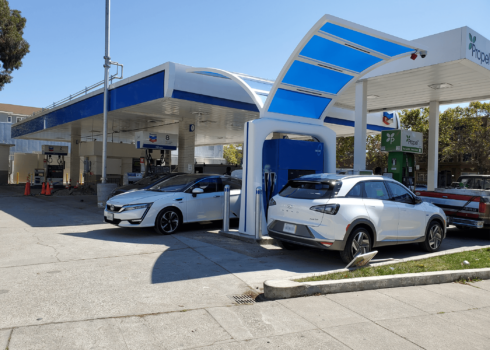 California’s 41st hydrogen station opened at the weekend in Oakland.

Reflecting the ongoing evolution of hydrogen stations across California and the growing number of fuel cell electric vehicles, the station will be supplied by liquid hydrogen and have a capacity of more than 800kg.

1,000 hydrogen stations by 2030 is achievable in California