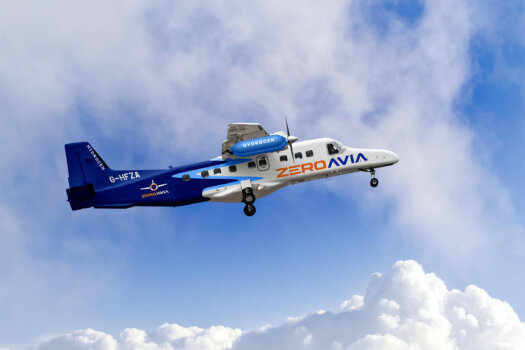 When ZeroAvia’s next flight takes off from its R&D centre at Cotswold Airport, UK, it will be powered by 100% green hydrogen provided by Octopus Hydrogen.

The hydrogen-electric aircraft developer today (August 26) said it will supplement its on-site electrolysis hydrogen production with the clean fuel from Octopus Hydrogen to power its HyFlyer II project.

Now, partnered with ZeroAvia, and relatively new to the hydrogen market, Octopus Hydrogen, an Octopus Energy Group company, offers green hydrogen as a service for a variety of industries, including aviation, to power a zero-carbon future.