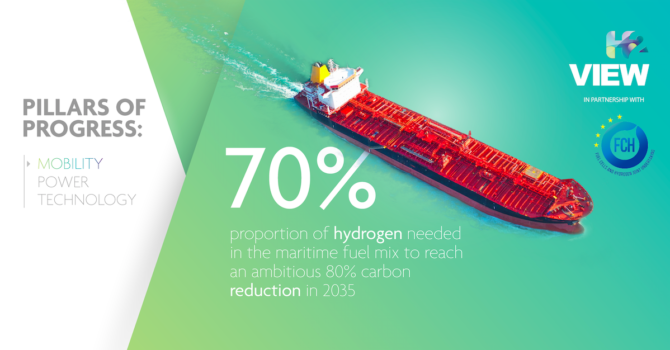 New fuel for an expanding market

Cargo vessels, cruise ships and ferries are all important parts of the global economy. For example, about 90% of all freight goods are transported at sea, but most ships burn fossil fuels for power, emitting CO2 and other pollutants.

Ocean freight shipping alone releases about 3% of global greenhouse gases, a figure which is predicted to grow as the maritime sector continues to expand.

In April 2018, the shipping industry committed to a greenhouse gas (GHG) target of reducing emissions by at least 50% by 2050. Achieving this target will require new ships, new engines and – above all – a new fuel.

Two FCH2 JU-funded projects are researching the use of hydrogen fuel cells to replace fossil fuels to power ships.

The MARANDA project, which started in 2017, aims to develop a 165kW fuel cell powertrain able to provide power to a research vessel’s electrical equipment and its dynamic positioning while in research mode, in the extra cold of the Artic and Baltic seas. 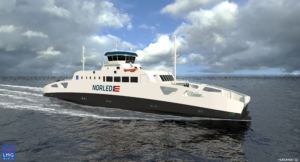 The FLAGSHIPS project is demonstrating that two commercial vessels, a push boat for river navigation and a passenger and car ferry, could operate on hydrogen fuel cells.

MARANDA’s researchers have designed a hydrogen-storage container and a fuel cell system that are currently being tested and improved before their integration onboard the ship.

Meanwhile, partners of the recently launched FLAGSHIPS project have integrated safety aspects of hydrogen applications on push boats for inland waterways, and finalised the design of the push boats before starting its building.

Once completed, both projects will disseminate their results widely to boost the market potential of fuel cells in the maritime sector.

Hydrogen and hydrogen-based fuels have great potential to meet the same operational requirements (range, refuelling time) as conventional fuels for ships. This is the task for the FCH2 JU in the future.

The goal? To demonstrate that hydrogen fuel cell technology can power ships and boats whilst also withstanding the shocks, vibrations and saline environments of maritime use. 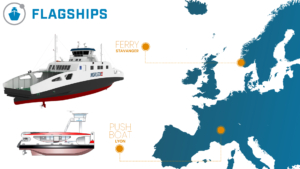 Key results? Outcomes will show that hydrogen fuel cells can compete with their fossil fuel equivalents, enabling the broader market adoption of this technology and cutting greenhouse gas emissions.

The FCH JU has achieved a lot in the twelve years since its inception, as it strives to make hydrogen and fuel cell products an everyday reality.

Working in partnership with the FCH JU, H2 View is celebrating the organisation’s success stories in this ‘Pillars of Progress Series’ and bringing you, our readers, an exclusive article every fortnight.

Creating low-carbon and sustainable solutions, enabling market entry for new products, developing ‘next generation’ products based on previous research and opening new markets for European expertise in fuel cell and hydrogen technology are just some of the FCH JU’s success stories, as you will read about over the coming months.