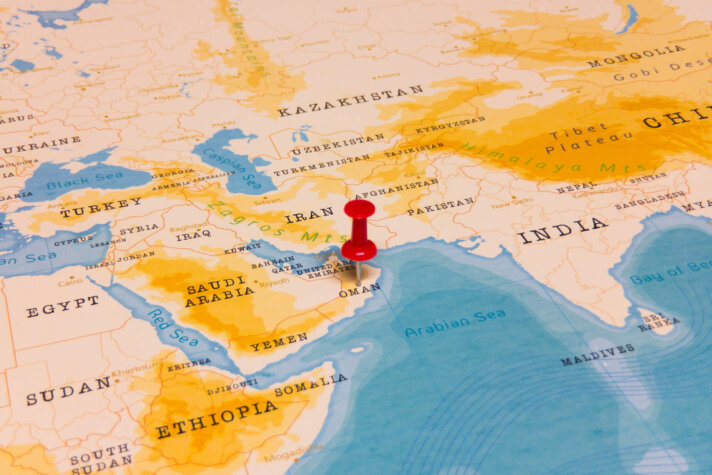 Plans for a world leading green ammonia and green hydrogen facility are moving forward in Oman – and the development is believed to be one of the largest in the world of its kind.

ACME Group on Monday (August 23) said it has signed a land agreement for the development which is set to be constructed at the Special Economic Zone, Port of Duqm, Oman.

The Special Economic Zone at Duqm provides a strategic and competitive location to develop large-scale green hydrogen production, given its centrality to global trade, the favourable wind and solar resources, the existing large port facilities and the proximity to a booming industrial zone.

Once operational, the facility will significantly contribute to the decarbonisation of the regional industry in Oman, as well as providing green hydrogen and/or derivatives (such as green ammonia) to international customers in Europe and Asia.

Commenting on the land agreement signing that will push forward the project, Manoj Upadhyay, founder and Chairman, ACME Group, said, “The signing of land reservation agreement will allow us to kick start pre-construction activities.

“We have hired environmental consultants and owner’s engineers Black & Veatch and we plan to start the construction at Oman as soon we commission our first green hydrogen and green ammonia plant at Bikaner in India. The plant in Oman would be developed in phases and the first phase is likely to be commissioned by end of 2022.”

In addition to the above development in Oman, ACME Group is also in the process of commissioning the world’s first integrated green hydrogen and green ammonia plant in Bikaner, India.