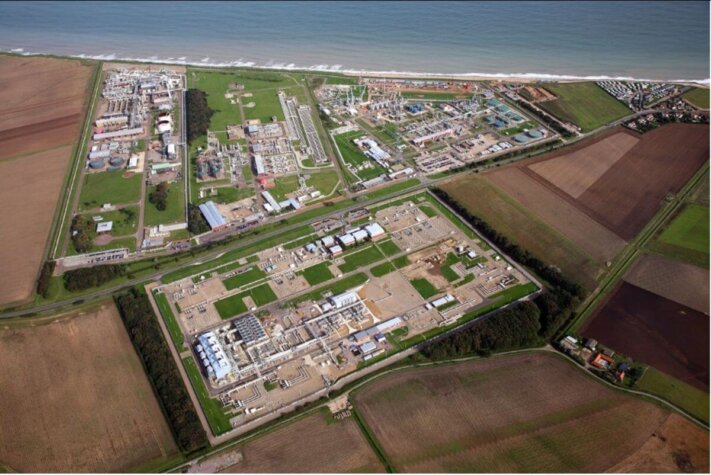 Research is underway to investigate the potential for hydrogen production off the coast of East Anglia in the UK.

The Bacton Energy Hub: Exploring the potential for hydrogen from the Southern North Sea study, led by Hydrogen East, will research options and scenarios to bring together the region’s offshore gas and offshore wind sectors to produce clean hydrogen at scale for cleaner power, heat and transport fuels supplying the region and beyond.

It aims to provide a detailed map of existing offshore and onshore energy-related infrastructure and develop options and scenarios for where wind farms, gas platforms, subsea pipelines and cables could be integrated or repurposed over time to support hydrogen production, with the Bacton terminal on North Norfolk’s coast being used for injection into the national grid.

The project is well timed following recent announcements such as the Prime Minister’s Ten-Point-Plan for a Green Industrial Revolution, together with a wide range of independent research reports across the world, identifying a clear role for hydrogen to support the decarbonisation of heat and transport systems.

The UK Government is due to publish a UK Hydrogen Strategy later this year which this regional study will help to inform.

Recent regional announcements are also highlighting a significant role for hydrogen such as plans for a hydrogen hub as part of the Freeports East bid led by the ports of Felixstowe and Harwich, supported by EDF Energy, Sizewell C, Ryse Hydrogen, JCB, New Anglia and South East Local Enterprise Partnerships, and many other partners including Hydrogen East.

Read more: Freeport plans in the UK could create the most significant hydrogen project in the world, thinks Jo Bamford

There is a growing level of research on how different technologies to produce hydrogen could be developed and scaled-up, such as electrolysers powered by offshore wind, nuclear, or solar; or reforming natural gas to hydrogen whilst capturing and storing carbon dioxide in depleted gas reservoirs under the North Sea.

Nigel Cornwall, co-founder of Hydrogen East and a Director at New Anglia Energy, said, “Developing the options for a potential Bacton Energy Hub will help to facilitate and accelerate the transition towards net zero emissions.”

“It is a key regional project, which could realise extensive potential benefits both in terms of supporting delivery of the Local Industrial Strategy and the stated aim of enabling Norfolk and Suffolk to become the UK’s Clean Growth Region.”

“It will contribute to Hydrogen East’s driving objective of Norfolk and Suffolk becoming a significant regional hydrogen economy.”

Martyn Tulloch, Head of Energy System Integration at OGTC, said, “This study will help to identify a pathway for enabling the transition from natural gas to clean hydrogen production across the Southern North Sea, with potential for carbon capture and storage.”

“As the UK’s principal gas basin, and with a significant portfolio of offshore wind projects, the region offers a real opportunity to explore a more integrated approach, with prospects to consider repurposing offshore pipeline infrastructure and the role of the Bacton terminal as an energy hub.”

This scoping study is the first phase of a potential three-part project, comprising:

A virtual event will be held in April to update stakeholders on project progress, and ongoing work of other Hydrogen East workstreams.