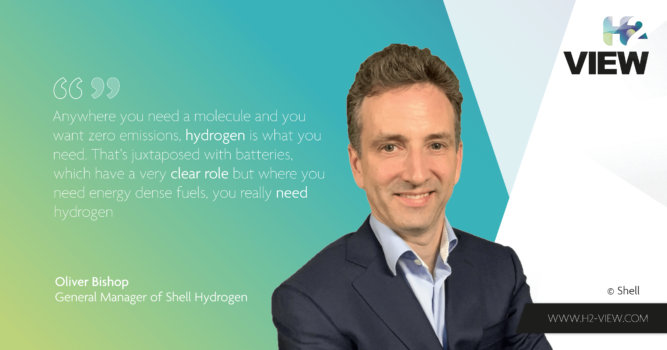 Preview: Shell exclusive on its commitment to hydrogen

How invested is Shell in hydrogen, where is the focus for the company, and what will it take to propel the hydrogen society forward?

These were all questions put to Oliver Bishop, General Manager of Shell Hydrogen, in an exclusive interview with H2 View.

Bishop has had the famous Shell logo on his chest for more than 20 years, working in a number of roles across the group in that timeframe and amassing a great insight into both the hydrogen energy movement and the traditional energy landscape.

He has been the General Manager of Shell Hydrogen since early 2013, and exudes a very composed excitement for the role that hydrogen has to play across almost all sectors and walks of life. “Hydrogen’s been around for a very long time, for more than a hundred years it’s been used and it’s been used in the refining sector for decades,” he enthused.

“Really that comes down to three of four core factors. One of them is the societal belief at the moment that we need to do something about climate change, and there’s the Paris Agreement as well as concerns over air quality in cities which is extremely important. But then of course it’s also about cost and suddenly, hydrogen is becoming affordable because things like solar power and wind (power) are coming down in cost. So that means, alongside electrolysis cost reduction, it’s becoming affordable. Then you add factors like energy security, job creation, and that’s one of the reasons why it starts to take off.”

Shell has been active in the alternative energies space since the early 2000s and the formation of what has become an evolving New Energies business, including investments in solar power, wind power, biofuels, electric vehicle charging, and hydrogen.

Shell’s New Energies business was born in this guise in 2016, since when it has been investing, acquiring and supporting cleaner energy related projects all around the world. When it comes to hydrogen as a clean fuel, Shell has certainly nailed its familiar red and yellow colours to the mast in the last three years in particular.

It was a founding member of the Hydrogen Council in 2017, and in the same year published a study on the future of hydrogen in the transport sector, jointly produced with the Wuppertal Institute for Climate, Environment and Energy.

I’s work began in earnest in 2017 too, with Shell becoming the first branded fuel retailer to sell hydrogen at one of its retail sites in the UK, for example. Hydrogen refuelling stations in Cobham, Beaconsfield and Gatwick, in partnership with ITM Power, use hydrogen produced onsite using electricity from renewable sources. This bold path forward has continued apace in the subsequent years, with flagship projects around the world.

And in our exclusive in-depth interview coming for H2 View, it’s clear that both Bishop and Shell really do have a crystallised belief in hydrogen and its almost unparalleled role in the clean energies transition. 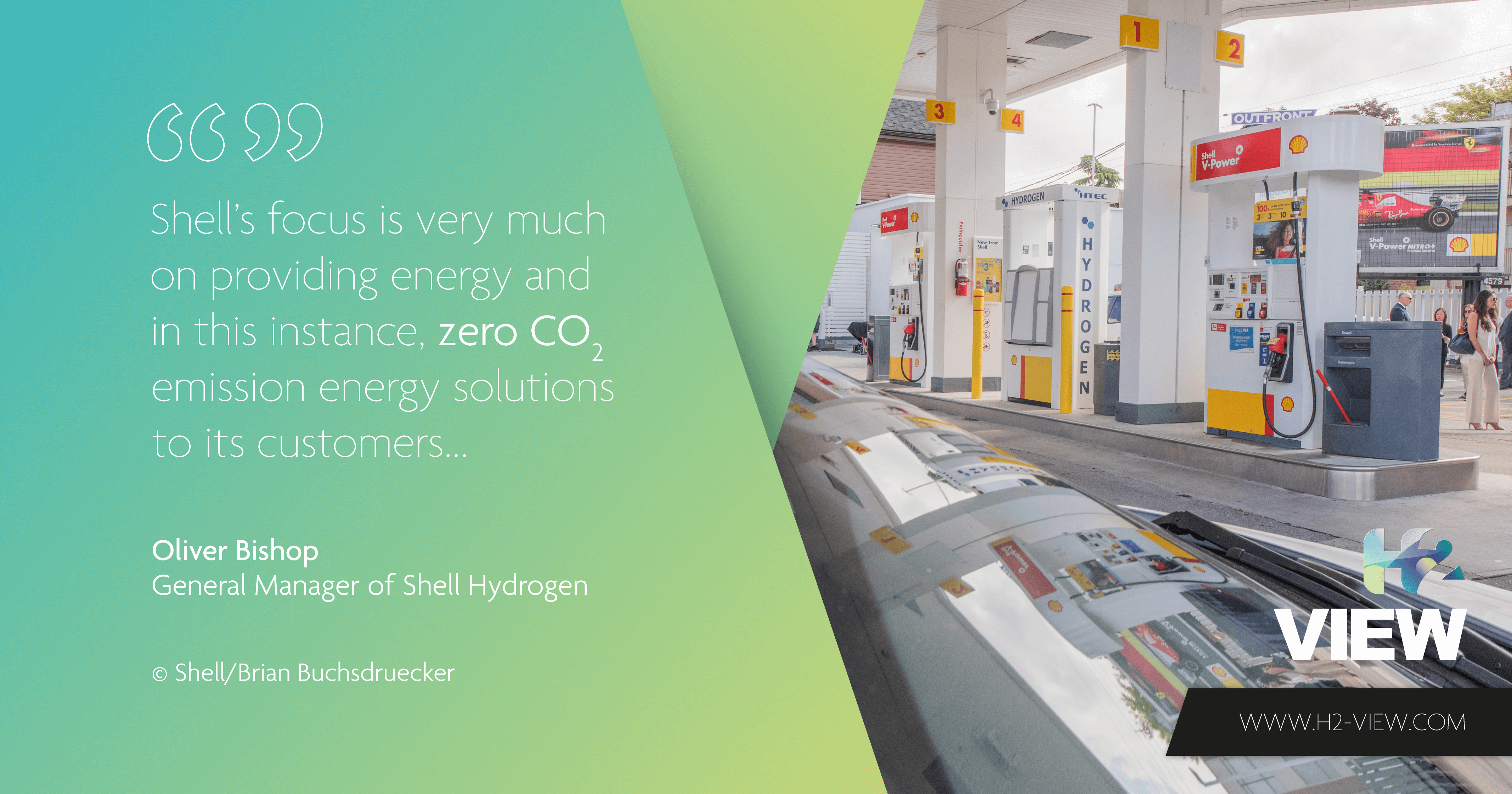 He enthused, “Hydrogen is actually the only zero emission molecular energy vector. What does that mean? That means where you need a molecule, as opposed to an electron, and you want zero emission, hydrogen – when it’s produced from renewable sources or it’s blue and you sequester the carbon – is the only possibility and those use cases are things like heavy-duty trucking, steel production, fertilisers, concrete production, spatial heat, power, feedstocks, synthetic fuels.”

“Anywhere you need a molecule and you want zero emissions, hydrogen is what you need. That’s juxtaposed with batteries, which have a very clear role but where you need energy dense fuels, you really need hydrogen.”

“Shell’s focus is very much on providing energy and in this instance, zero CO2 emission energy solutions to its customers– which is hydrogen and also other things like e-mobility. Within the hydrogen space it’s about providing hydrogen to industrial customers and to transportation customers, and connecting and integrating that with the ways that hydrogen is produced.”

Look out for the full interview with Shell’s Oliver Bishop, including his thoughts on the collective step forward required to move the hydrogen economy onwards, available to subscribers on the H2 View website as well as in the upcoming August edition of H2 View magazine.