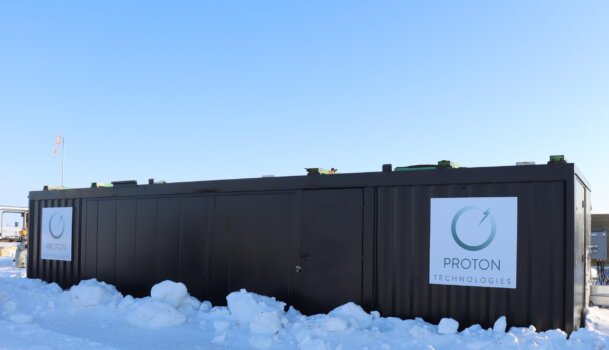 Proton demonstration site to produce 1,000 tonnes of hydrogen per day

Proton Technologies has starting separating hydrogen again and is continuing its mission to make clean hydrogen at a production cost below $0.30 per kg.

The Canadian company today (11th March) confirmed the effort, stating it has commenced operations at its new air separation unit that will be used for a multi-year hydrogen filter longevity and integration testing.

At the demonstration site, production is expected to reach 1,000 tonnes hydrogen per day after construction of a large air separation unit. Liquid oxygen is also scheduled to be trucked in for injection at modest scale.

Commenting on the effort, Grant Strem, Chair and CEO of Proton Technologies, said, “Proton Canada aspires to supply 10% of humanity’s total energy by 2040.”