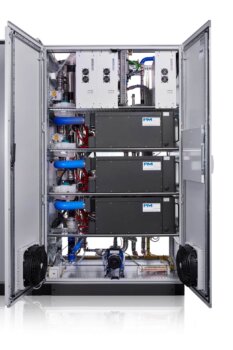 The German hydrogen fuel cell specialist said the order was for four more PM Module S8 fuel cell systems, which have a nominal power of 8.4kW and an operating range of 1.6-8.4kW.

The fuel cell systems will be utilised by the unnamed international engineering and aerospace group for the autonomous provision of energy and heat in its future projects.

Dr. Faiz Nahab, CEO of Proton Motor, said, “We are delighted to be working with this important customer for the long term and we expect that the relationship will expand to include training and service to support international sales.”