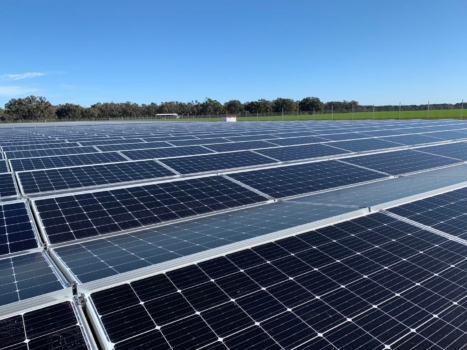 Victoria is the latest Australian state to benefit from an ambitious solar farm roll-out with advanced hybrid storage technology by Providence Asset Group.

The news follows last month’s announcement of plans for 28 solar farms across New South Wales, incorporating groundbreaking hydrogen storage technology that will be a first for Australian solar projects.

A leading Australian Environmental, Social and Governance investor in renewable and clean energy projects, Providence has announced it is extending its footprint into regional Victoria with an initial five solar farms that are already operational and a further six farms now under construction.

The Providence-owned farms at Katamatite, Numurkah, Echuca West, Echuca and Stanhope are an exciting addition to Providence’s growing portfolio of regional, community-based solar projects, now the largest of any renewable energy investment company in Australia.

Like the New South Wales solar farms, the game-changer for the Victorian sites will be the construction of innovative storage facilities based on hydrogen technology that’s being pioneered in Australia.

A total of 30MWh of advanced hybrid storage technology – including hydrogen storage and traditional Li-ion batteries – will be attached to each site.

Providence is a leading investor in the area of hydrogen storage innovation, working with the University of New South Wales to develop the technology, which enables the storage of surplus electricity more cost-effectively than the lithium batteries currently in use.

The hybrid battery storage system developed at University of New South Wales is known as H2Store, a compact and transportable hydrogen storage solution that has proven highly effective in storing and generating renewable energy, reducing the fluctuation of renewable generation and increasing confidence in the security of energy supply.

Under Providence’s plan for New South Wales, and now Victoria, the storage component could accommodate up to 1.2GWh of clean energy, or enough energy to power 40,000 homes for six hours during the peak demand period.

“It will help establish Australia as a leader in the evolution of renewable energy and Providence is proud to be at the forefront of this transition,” he said.