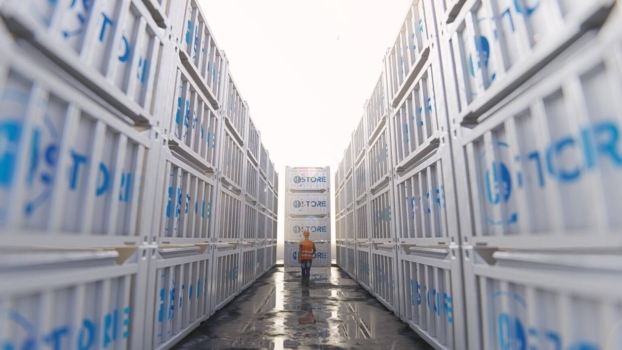 The Australian renewable energy company’s ‘NSW Master Plan’ includes 28 solar farms across the state – a mix of Providence-owned and community-owned projects, which will each have hydrogen storage and traditional Li-on batteries attached to each.

Providence is a leading investor in the area of hydrogen storage innovation, working with the University of NSW to develop the technology, which enables the storage of surplus electricity more cost-effectively than the lithium batteries currently in use.

The hybrid battery storage system developed at UNSW is known as H2Store, a compact and transportable hydrogen storage solution that has proven highly effective in storing and generating renewable energy, reducing the fluctuation of renewable generation and increasing confidence in the security of energy supply.

Under Providence’s Master Plan, the storage component could accommodate 1.2GWh of clean energy, or the equivalent energy to power 40,000 homes for six hours during the peak demand period.

Llewellyn Owens, Providence’s Chief Technology Officer, said, “The development of low-cost hydrogen storage translates to untold benefits for our homes and businesses, with Manilla the first location in Australia to demonstrate its commercial potential.”

“It’s incredibly satisfying to see this technology developed by the UNSW being used in large-scale applications and helping establish Australia as a leader in the transition to renewable energy.”

The solar farm projects in the company’s Master Plan will produce about 100MW of renewable energy generation in regional NSW and complements the NSW Government’s Electricity Strategy that delivers three renewable energy zones in the Central-West Orana, New England, and South West regions.

Providence said a total of 28 sites had been identified, with 20 of these confirmed and under lease and negotiations underway in the other locations.

The company hopes construction on the farms can begin early next year, and be completed by April 2022.

UNSW hydrogen tech to be used in world-first application