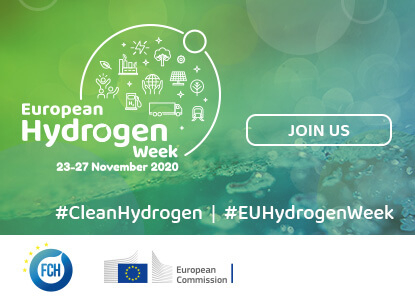 The countdown to the first-ever European Hydrogen Week is on and the Fuel Cells and Hydrogen Joint Undertaking (FCH JU) have today (6th Nov) announced that registration is now open.

Held on 23rd to 27th November, H2 View will be celebrating the week with an exclusive series of five interviews with members of the European hydrogen community.

More information about the week can be found here.