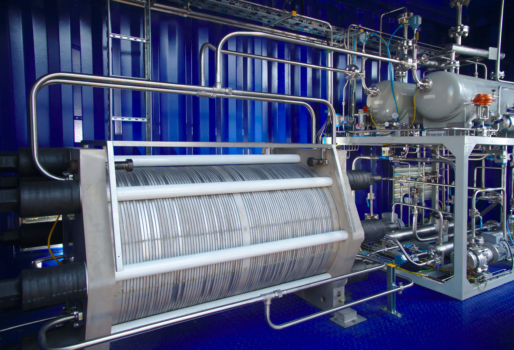 A consortium of hydrogen expert companies has reached a “breakthrough” improvement which can help to make green hydrogen cost competitive.

Norwegian-based HydrogenPro has said test results for the project showed significant efficiency improvements on electrolyser cells due to a new electrode coating solution.

Once put into production, the new technology will be able to produce green hydrogen which would compete against carbon-based alternatives.

HydrogenPro explained that by replacing hydrogen production from carbon-based resources to green production through electrolysis, the industry can help reduce greenhouse gases.

Experts participating in the project hope that the optimised electrodes will be on the market within 24-30 months and make up to 150-200 new jobs in the EU.

Eventually, the project aims to build five hydrogen electrolyser production plants of 100MW each over a five-year period.

The instalment of 600MW offshore wind energy close to the hydrogen electrolyser production units will be the primary energy source for the hydrogen production.