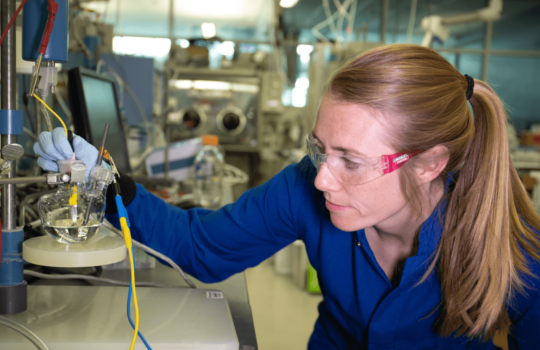 Researchers from the Department of Energy’s SLAC National Accelerator Laboratory and Stanford University have highlighted a catalyst which can generate hydrogen in a commercial device at a lower price.

The catalyst can split water and generate hydrogen for hours in the harsh environment of a commercial device.  The electrolyser technology is based on a polymer electrolyte membrane (PEM) and has potential for large-scale hydrogen production powered by renewable energy.

The technology has previously been held back due to the high cost of metal catalysts required to boost the chemical reactions.

“Hydrogen gas is a massively important industrial chemical for making fuel and fertiliser, among other things,” said Thomas Jaramillo, Director of the SUNCAT Centre for Interface Science and Catalysis who led the research team.