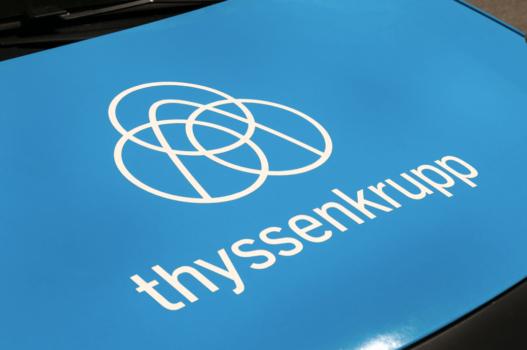 RWE plans to build a 100MW electrolyser in the state of Lower Saxony to supply thyssenkrupp’s steel operations in Duisburg by the middle of the decade.

The 100MW electrolyser could produce 1.7 tonnes of gaseous hydrogen per hour, corresponding to around 70% of the quantity required by thyssenkrupp’s blast furnace earmarked for hydrogen use.

According to thyssenkrupp, this would translate theoretically into around 50,000 tonnes of climate-neutral steel.

The conversion of the blast furnace is to be carried out by 2022 – the first important stage of a fundamental transformation process at the end of which the company’s entire steel production will be carbon-neutral.

Bernhard Osburg, Chairman of thyssenkrupp Steel, said, “The aimed-for supply quantity would be largely sufficient to supply a blast furnace with green hydrogen and allow the production of climate-neutral steel for around 50,000 cars per year.

“This shows that climate-neutral steel is possible and we are pressing ahead with the conversion of our production.”

“Nowhere else than in the steel industry can hydrogen be used with a comparable climate protection effect.”

RWE and thyssenkrupp plan to work with gas network operators and relevant authorities to transport the hydrogen via pipeline from Lingen to the steel mill site in Duisburg.

Both companies believe hydrogen pipeline transport will be possible on the basis of regulations corresponding largely to those currently applying to natural gas delivery.

The GETH2 initiative, in which RWE is involved, is already promoting corresponding solutions.

“Hydrogen is of central importance for greenhouse gas abatement in Germany. The National Hydrogen Strategy and the €9bn funding to be made available will give this future technology the necessary kick-start,” said Roger Miesen, CEO of RWE Generation.

“In order for a hydrogen infrastructure in Germany to really pick up speed, rapid implementation is now needed, because investment decisions for green hydrogen projects need planning certainty.”