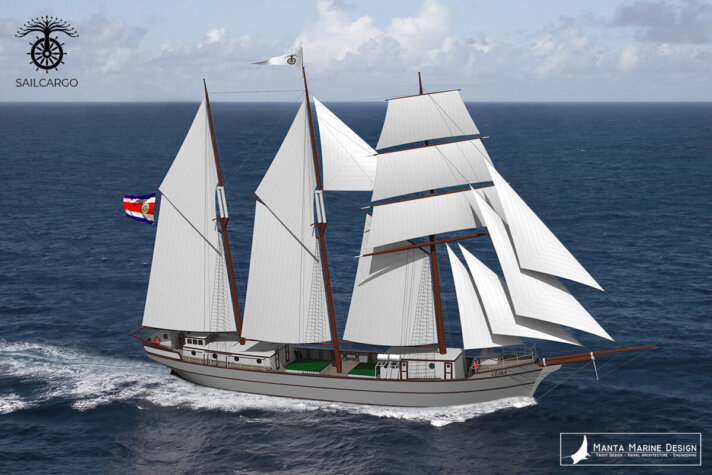 Zero-emission shipping company Sailcargo has revealed today (July 7) that it has been selected as one of the speakers at the upcoming “Ship Zero – Charging to ‘True Zero” in which hydrogen will heavily feature.

The event, hosted by Zero Emission Ship Technology Association (ZESTA) will be parallel to COP26 in November 1-3, 2021.

Danielle Doggett, CEO of Sailcargo, is expected to be presenting the design for combined hydrogen and wind cargo vessels on the first day of the workshop.

In addition to this, Sailcargo has also started working with Costa Rican company Ad Astra, led by engineer and astronaut Dr. Franklin Chang Diaz, to support the “Hydrogen for the Sea” campaign to promote hydrogen fuel cells in the maritime industry.

This campaign will initiate a joint funding effort aimed at demonstrating the implementation of a hydrogen fuel cell system in zero emission cargo ships.

It is believed the ships will consist of 45-metre wooden sailing schooners and will be primarily propelled by a suite of 14 sails with three masts and a cargo capacity of 250 tonnes.

The first ship is currently being constructed from sustainably harvested timber on the Pacific Coast of Costa Rica.

Madadh MacLaine, Secretary General of ZESTA, said, “The time for half measures on climate action in the shipping sector has past.

“That’s why we’re bringing together industry, government and thought leaders to create joint initiatives that will provoke strong action in the first half of this decade.

“We have the technology to build, fuel and operate fully zero emissions vessels of every class and size. It’s time to do it.” 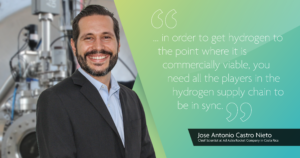 As a country which produces nearly 100% of its electrical energy with renewable sources, and a decarbonisation goal to achieve by 2050, Costa Rica is definitely well positioned to develop its hydrogen sector.

The Central American country is currently sitting on an emerging hydrogen economy but recognises the opportunities in order to develop, especially within its transportation sector where its commitment to a green future is arguably lacking.