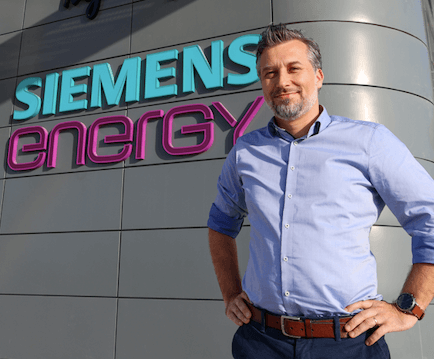 Sneak peek: Building a green hydrogen economy in the UAE

“We believe hydrogen has an extremely important role to play in the decarbonisation of energy systems,” Manuel Kuehn (pictured above), Head of Siemens Energy, New Energy Business in the Middle East, told H2 View. “With green hydrogen, we will be able to decarbonise sectors and applications in our lives that cannot be easily electrified, hence would not be accessible to renewable electricity.”

And Siemens Energy has big plans for green hydrogen; over the next five years the company wants to develop green hydrogen technology to address larger markets and drive down the cost of production, with an eye on the Middle East in particular.

In January (2021), Siemens Energy signed a deal with Abu Dhabi state investor Mubadala to accelerate green hydrogen capabilities in Abu Dhabi, moving the UAE’s vision for a hydrogen economy a step closer to reality. Under a Memorandum of Understanding, Siemens Energy and Mubadala will utilise renewable energy to produce green hydrogen and synthetic fuels, providing clean and transportable energy to fuel new hydrogen-based ecosystems that are supplied from UAE. They will jointly advance technology and drive down the costs of green hydrogen and synthetic fuels production.

The Middle East is a region with one eye on the future, Kuehn notes in our interview, and a region that understands the need for economic diversification and innovation. “Or, to put it bluntly: everybody understands that one cannot rely on oil and gas alone as the source for prosperity for the future. Green hydrogen offers the potential to create entirely new industries, value chains, jobs, skills and economies…

… Read the rest of this interview with Siemens Energy in H2 View’s February magazine to find out more about the company’s plans to drive development of a green hydrogen economy in the Middle East. You’ll need to be a subscriber to access this exclusive content.