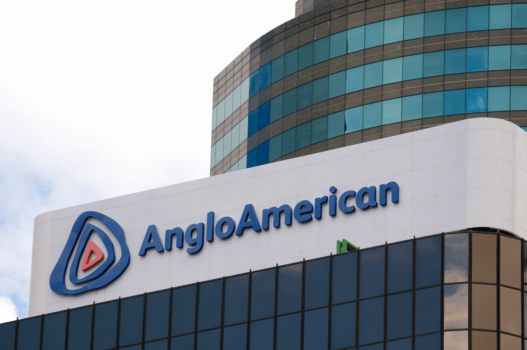 By Joanna Sampson on May 07, 2021
Translate
News Exclusive

Hydrogen can help to reduce emissions from hard-to-decarbonise sectors, like mining. In particular, hydrogen technology is essential for decarbonising freight and heavy-duty road transport.

The topic of hydrogen and these advantages are not new to Anglo American. The global mining company was an early supporter of the hydrogen economy as it could see its exciting and wide-ranging potential for the decarbonisation of energy.

In 2019, Anglo American unveiled plans for the world’s largest hydrogen-powered mine haul truck, which it is collaborating with Engie on – touted at the time by the two firms as the first step to achieving a common ambition to decarbonise the mining sector.

With a load capacity of 300 metric tons, it is the first time a truck of this size has been converted to run on hydrogen.

By focusing on freight transport, specifically heavy-duty high utilisation applications such as trucks and buses, Julian Soles, Head of Technology Development, Mining & Sustainability at Anglo American, told H2 View Anglo American believes this can, under the right conditions, significantly contribute to advancing the uptake of fuel cells as a credible and cost-effective alternative to conventional fuels and existing alternatives.

“We believe that this will in turn incentivise the development of the needed hydrogen refuelling infrastructure,” Soles continued, adding lack of infrastructure is widely seen as one of the primary barriers for hydrogen to grow at scale. Whilst Soles is clear that barriers still remain to hydrogen’s wider adoption, he said it is fantastic to see the progress the hydrogen industry has made in the past few years.

“While one of the recurrent concerns on the broader adoption of hydrogen are its high production costs, we are now seeing that growing interest, rapid technology advancements and the growing urgency to meet global climate change targets are profoundly reshaping cost dynamics. This is highlighted in a study published by the Hydrogen Council earlier this year, that predicts that the cost of hydrogen solutions will fall sharply within the next decade,” Soles said.

“We have seen great momentum in terms of public announcements by governments – from the EU and its individual member states, through to China, Japan and South Korea in Asia, as well as the likes of Australia, Chile and South Africa, and most recently also the US under the new Administration – setting ambitious green hydrogen production targets, developing national hydrogen strategies and road maps etc. But often the more detailed support mechanisms to actually deploy and scale up remain to be determined. We also need to make significant investments allowing for mass deployment.

“The momentum and dynamics are great, but we need to understand that this is a long game. It’s a marathon, not a sprint. It requires long term commitments, investment and vision.”

Read the full interview with Anglo American in the May issue of H2 View magazine. You’ll need to be a subscriber to access this exclusive content. Become a subscriber today to make sure you don’t miss out. Already a subscriber? Log in here.