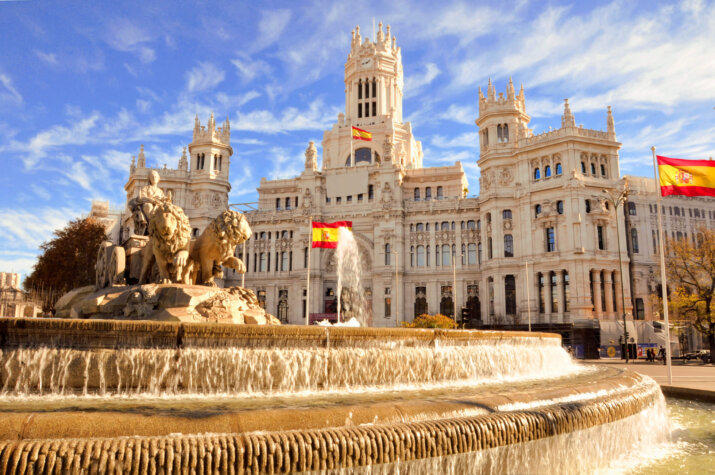 Plans for a brand-new solar-to-hydrogen plant have today (Oct 6) been unveiled for Madrid, Spain.

Fusion Fuel Green and Exolum have joined forces on the landmark project which will also feature a co-located hydrogen refuelling station to support fuel cell electric vehicles in the capital city.

For the plant itself, Fusion Fuel Green will supply 21 of its HEVO-SOLAR units.

As well as producing hydrogen from the sun during the daytime, the plant is also expected to double its output by leveraging other sources of renewable energy to produce hydrogen at night.

On the plans, João Wahnon, Head of Business Development at Fusion Fuel, said, “This project represents a significant milestone for both Fusion Fuel and Exolum. It will be the first ever third-party sale of our integrated solar-to-hydrogen technology, which will supply the green hydrogen for one of Spain’s first hydrogen refuelling stations.

“We could not have asked for a better partner than Exolum, which has taken bold action to transform its business to address the monumental challenges posed by the energy transition.

“This project is consistent with Spain’s goal to develop a comprehensive hydrogen refuelling corridor in the country, and we believe it has the potential to position Fusion Fuel as a leading provider of the green hydrogen technology that Exolum and others will employ to enable Spain to achieve its decarbonisation objectives.”

Andres Suárez, Exolum’s Global Strategy and Innovation Lead, added, “We are very happy with this agreement as it represents an important step for Exolum in the development of this energy vector.

“Conversations are already being held with potential hydrogen users, who have expressed their interest in accessing a fixed facility for the supply of green hydrogen in the Madrid Region, thus supporting their plans to incorporate such vector into their heavy vehicle fleets, both buses and lorries.”