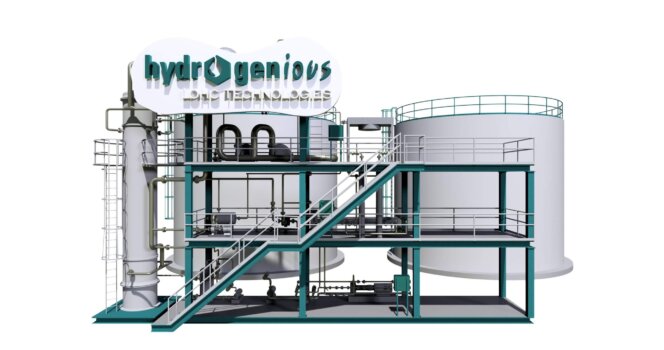 Plans for stationary liquid organic hydrogen carrier (LOHC) plant infrastructure in Europe have today (Oct 13) been unveiled as part of a new strategic agreement between Bilfinger and Hydrogenious LOHC Technologies.

To be located in Europe as part of an effort to make green hydrogen available on a large-scale, the plant will be based on Hydrogenious’ proprietary technology, which is both an efficient and safe solution for the flexible transport of hydrogen.

For applications in storage plants, hydrogen is chemically bonded to the LOHC material benzyltoluene, a thermal oil. This oil can then be transported under ambient conditions in conventional and existing logistics infrastructures.

Once the load reaches the end user, hydrogen is released from the LOHC in Hydrogenious’ release plants, while the carrier material is reused many more times. Through doing this, the partnership hopes to boost to European hydrogen economy.