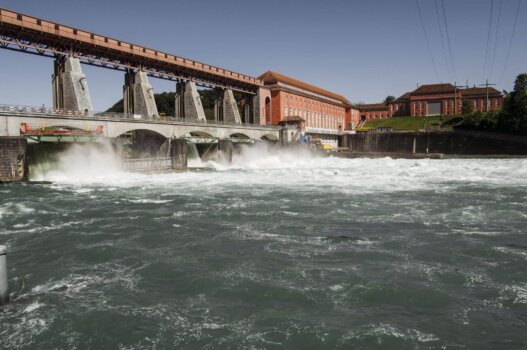 Renewable energy company Axpo is developing a 2.5MW hydrogen production facility at the Eglisau-Glattfelden hydropower plant in Switzerland – and it’s thought to be the first of several.

Scheduled to go onstream in autumn 2022, the hydrogen production plant will produce 350 tonnes of green hydrogen annually from the river Rhine – enough to save 1.5 million litres of diesel a year.

In a statement released on Thursday (15th April), Axpo said hydrogen produced at the site will be delivered directly to a network of hydrogen refuelling stations, something that the company will carry out in collaboration with Hydrospider AG.

Together, the two companies will expand Switzerland’s current network of hydrogen refuelling stations from its current six to approximately 50, meeting the growing demand of fuel cell electric vehicles. This will be carried out within the next two years.