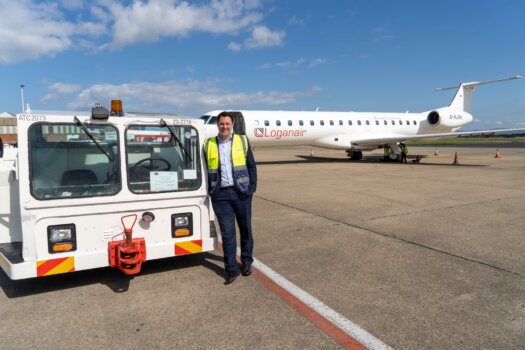 Teesside Airport wants to be the first UK-based hydrogen ready airport, and today (August 17) its goal took a step forward with a $2.5m project that will see the deployment of various hydrogen vehicles.

Formalising its goal in a statement, the airport said a support tug, which tows aircraft, two Toyota Mirai vehicles and a forklift truck will be part of its hydrogen-powered fleet.

The support tug will be converted to hydrogen from its existing fuel and it will run on hydrogen produced by UK-based ULEMCo. Toyota is supplying the Mirai vehicles.

Through various trials, Teesside Airport aims to show the feasibility of hydrogen-powered vehicles for its daily operations and to help meet net zero ambitions.