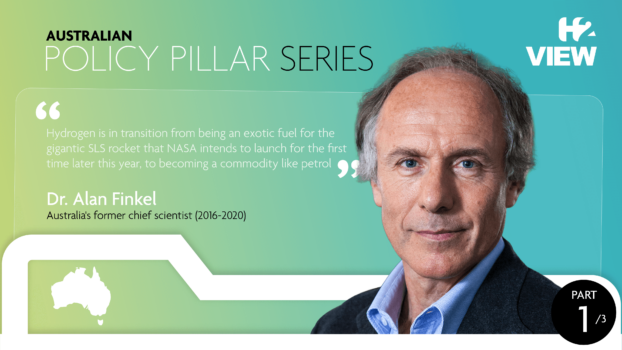 It was in mid-2017 that people started asking Dr. Alan Finkel, then chief scientist of Australia, about hydrogen. Back then, he wasn’t quite the hydrogen evangelist he is today.

“I had just finished chairing the review of the Australian national electricity market. After the review finished, people literally asked me, ‘Now that you’ve finished the electricity review, Alan, what are you going to do about hydrogen?’ My initial answer was ‘Nothing at all!’ But the question wouldn’t go away,” Finkel, now Special Adviser to the Australian Government on Low Emission Technology, explained to H2 View.

He organised a discussion group of experts from the public service, research institutions and industry, and in 2018, the group wrote a briefing document for the state and federal energy ministers called Hydrogen for Australia’s Future.

Finkel continued, “It inspired the ministers’ appreciation of the hydrogen opportunity for Australia, and led to them inviting me to lead the process of developing a national hydrogen strategy. When the strategy was presented to the energy ministers in November 2019, the 57 agreed actions were unanimously adopted.