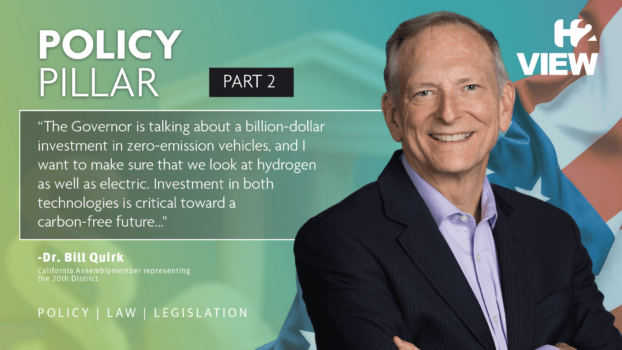 The Policy Pillar – US: California’s only scientist in state Legislature wants the government to pay more attention to hydrogen

“Let me be very clear: the reason we need hydrogen is because there is a climate crisis, a climate emergency. It’s something that just can’t wait, and the [US] government absolutely needs to take a role in this,” Dr. Bill Quirk stressed to H2 View over a Zoom call recently.

With a background in science, working as a climate change scientist at NASA before beginning his career at the Lawrence Livermore National Lab, where he was the country’s expert on foreign nuclear weapons, Quirk is currently a member of the California State Assembly, representing the 20th District – in fact he’s the only scientist in the California Legislature.

“I do want to mention there are some engineers, but I am the only scientist. Prior to this, the last scientist that I know of in the Legislature is a geophysicist. So I may be the only physicist who has ever been an assembly member,” he said.

Right now, when it comes to policy, Quirk said a focus on transportation is driving the zero-emission conversation, and whether that means battery-electric, hydrogen or both.