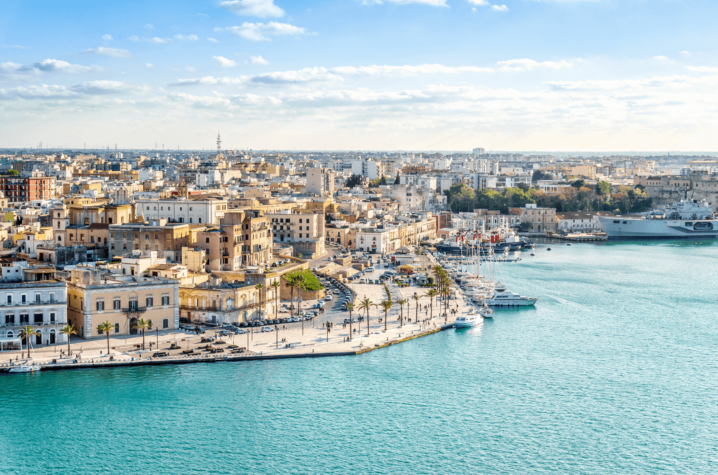 Plans for three green hydrogen production plants with a combined capacity of 220MW in the Puglia region of Italy have been unveiled as part of a wider hydrogen valley project.

An Italian quartet comprised of Edison, Snam, Saipem and Alboran said the three plants would be able to produce 300 million cubic metres of renewable hydrogen every year, which would be used for local industries, mobility and injecting, or blending, hydrogen into Snam’s gas network.

Brindisi (pictured above), Taranto and Cerignola have been named as the three sites, with the authorisation process already underway for Brindisi.

The Brindisi project would see a green hydrogen production plant using electrolysers constructed, which would have a capacity of 60MW and would be powered by a PV farm.

The aim of the Puglia Green Hydrogen Valley project as a whole is to accelerate the uptake of green hydrogen within Italy’s energy mix.

In order to execute the project, the partners want to create a special purpose company (Alboran 30%, Edison 30%, Snam 30%, Saipem 10%) following the signing of binding agreements that still have to be negotiated by the parties, based on the relevant regulatory frameworks, including the ones concerning operations among related parties.

Five hydrogen plants planned for Italy and the Mediterranean basis