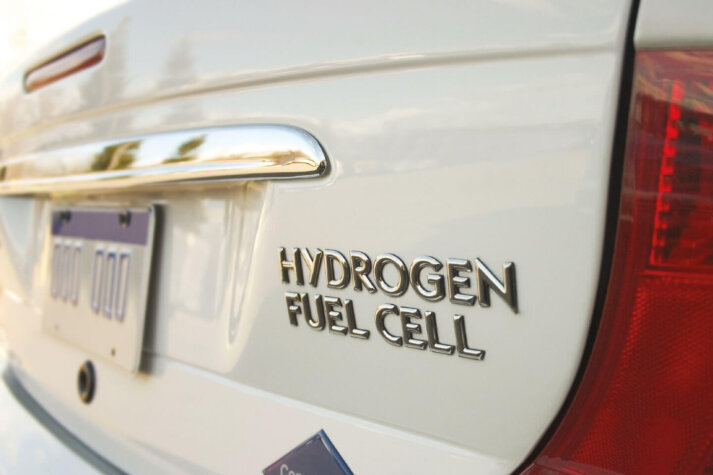 Titan Hydrogen is developing more efficient hydrogen fuel cells as well as commercialisation of its technology that allows the injection of hydrogen into diesel-fuelled vehicles, it has been revealed today (June 7).

The hydrogen injection technology can substantially improve the fuel economy in addition to reducing greenhouse gas emissions without the need to completely replace the diesel engine.

By working to commercialise this innovative technology, the fuel enhancement system could be installed into several applications of transportation including trucks, buses, trains as well as power generators helping to steer away from traditional diesel engines to cost-saving hydrogen hybrid engines.

The system helps to address two of the most prominent issues the industry is facing – cost and compliance.

By injecting hydrogen into diesel-powered vehicles, fossil fuels can be burned more completely which results in up to 45% reduction in negative greenhouse gas emissions.

The new technology can help reduce diesel usage, and therefore costs, by up to 30% which helps to lead to increased profitability, improved productivity and greater competitiveness.

In addition to this, the technology has been recognised as a fuel enhancement system, as opposed to an alternative fuel, that has been designed to upgrade diesel engines.

Titan Hydrogen is also progressing development into a new technology that enables the production of more efficient hydrogen fuel cells.

This new fuel cell is capable of doubling the driving range of a vehicle helping to reduce the cost to the consumer and eliminate the need for as many hydrogen refuelling stations to support the hydrogen vehicles.

By enabling the hydrogen fuel cell to produce more electricity from the same amount of hydrogen, this reduces the cost per kilometre making hydrogen cheaper than any other fuel source.

It is hoped that this will be completed by November 2021 and will seek global patents for its hydrogen fuel cell technology.

Still the decade of the fuel cell? 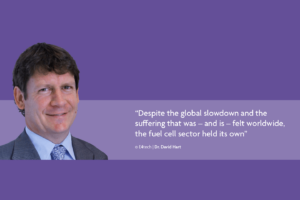 2020 is not a year many of us will want to remember. But the start of the ‘decade of the fuel cell’ did show promise, and may have had some unexpected upsides.

Despite the global slowdown and the suffering that was – and is – felt worldwide, the fuel cell sector held its own. It even grew slightly. The need for clean air, climate resilience and sustainable industries was brought into even sharper focus by the real fragility we saw in the global economy, and companies and governments tried to make sense of where to go next. They embraced hydrogen energy, and with it fuel cells. Still, supply chain delays and business uncertainty held the industry back from the growth we had anticipated 12 months ago.