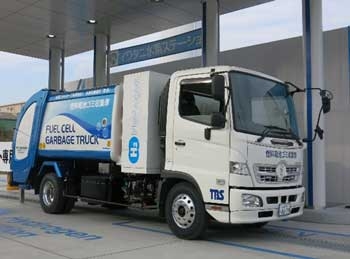 A hydrogen fuel cell-powered garbage truck will soon be tested in Toyoko, following an agreement between the Tokyo Metropolitan Government and Waseda University.

The truck will be developed and tested through the partnership that has an aim to promote a hydrogen-based society throughout the Japanese capital.

Trails of the fuel cell vehicles are planned to take place throughout Minato City next year.

A proposal to develop and test the hydrogen-powered vehicle was receive from that Waseda University after being judged by experts and voted for by the public.

The University hopes the use of hydrogen fuel for industrial vehicles will be a step in the right direction for decarbonising the transport industry.

In addition, the project hopes to popularise the development of more hydrogen fuel cell trucks for operation in Tokyo.