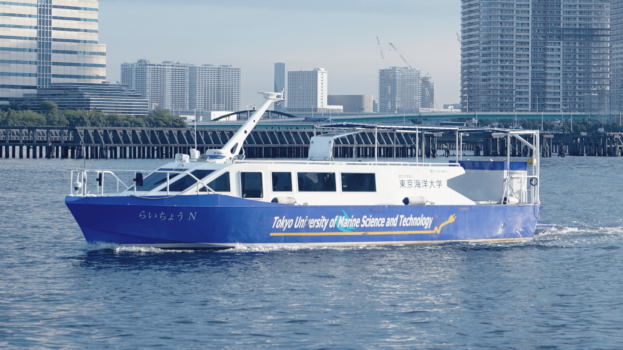 The ship, which passed the Temporary Navigation Permit Inspection of Japan Craft Inspection Organization on 30th October, is still in the demonstration phase and being verified by NREG Toshiba Building Corporation and the Tokyo University of Marine Science and Technology (TUMSAT).

The fuel cell system reduces the volume per unit power outage by a third compared to the stationary fuel cell systems due to its simplified design and package improvement, Toshiba ESS explained.

“Toshiba will continue to spread the use of hydrogen systems.”