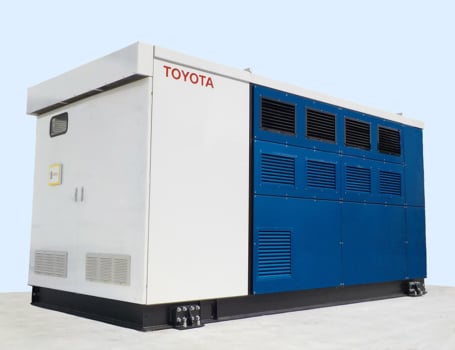 The new generator has been installed in the Honsha Plant grounds in Toyota City, Aichi Prefecture. Verification tests on the generator have now began.

The generator uses two of the fuel cell system components equipped in the Mirari, including its fuel cell stack, power control unit, and secondary battery.

For the verification tests, the electricity generated by the fuel cell generator will be used inside the Honsha Plant; the generator will operate continuously for 24 hours a day and generate a rated output of 100 kilowatts.