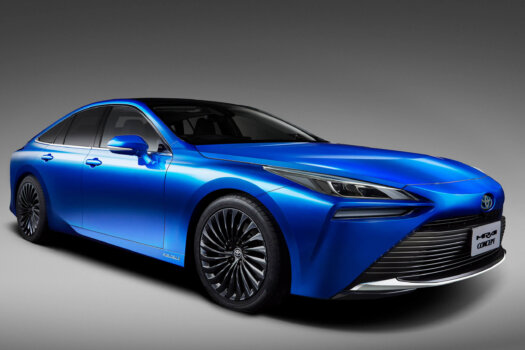 The Japanese automotive manufacturer is targeting for a 30% increase in the Mirai’s driving range through improvements to the vehicle’s fuel cell system and the use of larger on-board hydrogen tanks.

The new Mirai will be previewed at the 2019 Tokyo Motor Show between 23rd October – 4th November (2019) at Tokyo Big Sight & Odaiba Area. Initial deployment of the second-generation FCEV is scheduled for Japan, North America and Europe in 2020.

“We have pursued the goal of making a car that customers will feel they want to drive all the time, a car that has an emotional and attractive design and the kind of dynamic and responsive performance that can bring a smile to a driver’s face,” said Yoshikazu Tanaka, the new Mirai’s Chief Engineer.