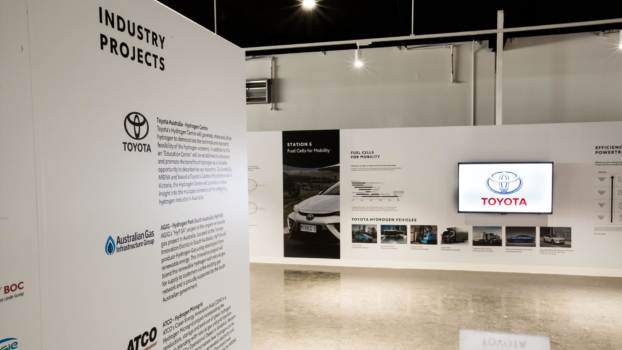 To mark the 50th anniversary of Earth Day, Toyota Australia has unveiled the first stage of its Hydrogen Centre at the Toyota Centre of Excellence in Altona, Melbourne.

The first stage of the $7.4m Hydrogen Centre – developed with $3.1m of funding support from the Australian Renewable Energy Agency – features an education facility designed to demonstrate how hydrogen can play a significant role in both transport and a broader energy economy.

“Targeting carbon emissions is a major goal of the global Toyota Environment Challenge 2050 and for the longer term, we are committed to developing a promoting hydrogen as a viable fuel for zero emission transport as well as playing a larger role in the broader energy economy,” said Matt MacLeod, Toyota Australia’s Manager of Future Technologies and Mobility.

“The education facility at the Hydrogen Centre is about informing and demonstrating the opportunity to meet the energy needs of our society in the not too distant future. To help cater for that, the centre will also incorporate a permanent sustainable hydrogen production and storage facility alongside a commercial grade refuelling station that is due to be completed by the end of the year.”