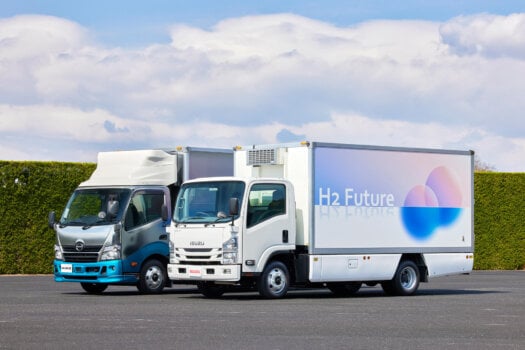 Toyota unveils plans for another hydrogen-powered city in Japan

Toyota has today (June 4) unveiled plans to build another hydrogen-powered “city for a new future” in Japan.

Set to be located in Fukushima Prefecture, Toyota said it will collaborate with Isuzu, Hino and various other partners on the project.

Together, they want to create an implementation model for hydrogen-based deliveries at supermarkets and convenience stores, which play a role both as essential urban infrastructure and as evacuation areas in times of disaster.

As a first step, they will build an implementation model for a city with a population of 300,000 people, before embarking on a challenge to apply the model to similar-sized cities nationwide.