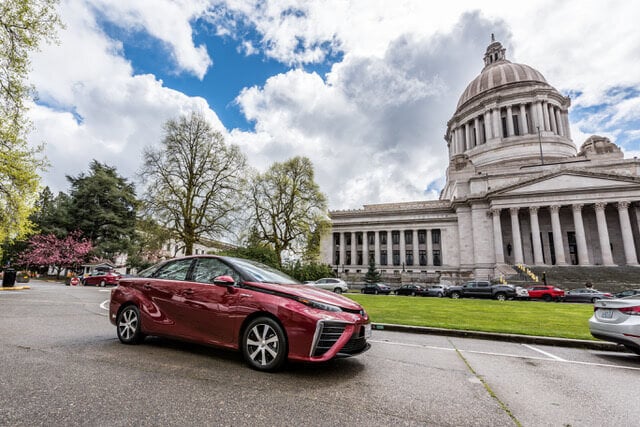 Senator Brad Hawkins’ proposal to cut sales tax on purchases of hydrogen-powered fuel cell electric vehicles (FCEVs) in Washington state, US has taken a step closer to a full Senate vote this session.

The Senate Transportation Committee on Thursday (11th Feb) unanimously approved Senate Bill 5000, which would establish an eight-year statewide pilot project for the reduction of sales tax on purchases of FCEVs.

With the first hydrogen fuelling stations in Washington state expected to be operational by 2022, the bill would allow a total of 650 vehicles to receive a 50% sales tax exemption in fiscal years 2023 through 2029, thus helping to accelerate the adoption of FCEVs.

The proposal includes a committee amendment offered by Hawkins that would direct the Washington State Department of Transportation to study how public fleets could use hydrogen fuel-cell technology.

The bill was passed earlier by the Senate Environment, Energy and Technology Committee on 21st January.

“I’m very grateful that the bill was approved today in its fiscal committee and that it has received so much support,” said Hawkins.

“Our state is really in its infancy regarding electric vehicles, so I think it’s helpful to promote multiple types of zero-emission vehicles, both battery electrics and fuel-cell electrics.”

“This is a great step forward for the bill and the broader discussion it has generated about renewable hydrogen’s use in Washington.”

Senate Bill 5000, which has bipartisan support and nearly 30 co-sponsors, now goes to the Senate Ways and Means Committee for further consideration.