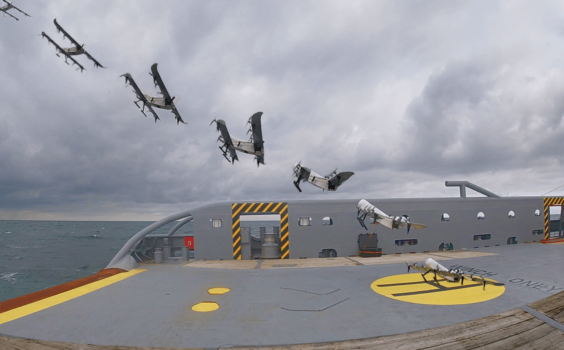 A hydrogen-powered drone jointly developed by researchers at TU Delft, The Royal Netherlands Navy and the Dutch Coastguard Service, has completed successful trials on open seas.

Capable of vertical take-off and landing whilst also being able to fly horizontally efficiently for several hours, the hydrogen innovation operates much like a regular aircraft, by using a combination of hydrogen and batteries as its power source.

Equipped with a 300 bar, 6.8 litre carbon composite hydrogen cylinder which feeds hydrogen at low pressure to the 800w fuel cell that converts it to electricity, the only emissions produced from the drone are oxygen and water vapour.