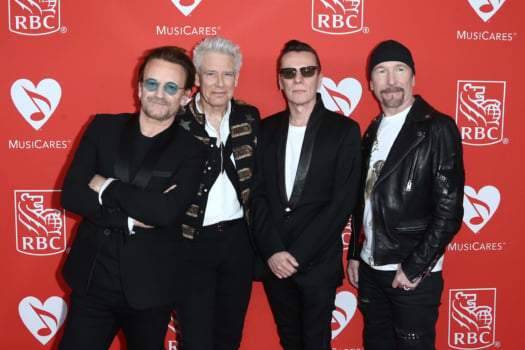 U2 concert powered by hydrogen

Four Toyota Mirai vehicles provided the power for a U2 concert in Tokyo, Japan last month, making U2 the first international touring band to use hydrogen power at a show.

Parked backstage, the Toyota Mirai’s stored the energy that delivered the power. 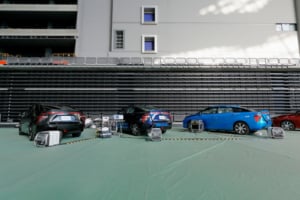 Hydrogen-powered rock ‘n’ roll is the latest innovation in U2’s ongoing efforts to reduce and mitigate the environmental impact of global touring.

“For a decade, U2 has taken great steps to reduce or eliminate the environmental impact of their touring,” said Michael Martin, CEO of r.Cup and CEO/founder of Effect Partners, who has been the band’s environmental advisor since their U2360° Tour in 2009.

“They have been at the forefront of music industry sustainability innovation and impact, from setting the standard for waste reduction by banning plastic backstage, offering plant-based food options, integrating the r.Cup reusable cup program to mitigate single-use plastic on their tours, to consulting with venues to help them reduce their overall environmental impact and creating entire new categories of CO2 offsets.”

“In the process, U2 are positively influencing their fans, other artists, and the rest of the industry along the way.”

The hydrogen-power collaboration with Toyota has its roots in The Joshua Tree 2017 tour, where Martin fostered a partnership between the band, Live Nation and the carmaker to display hydrogen-cell-powered Mirai sedans at several stops on the North American leg and offered the use of Mirais to production crews to run errands on show days.

“This experience with hydrogen technology made it easy for the band to say yes when Toyota approached us with the opportunity to trial this cutting edge use of the Mirais as a source of portable clean energy,” Martin said.