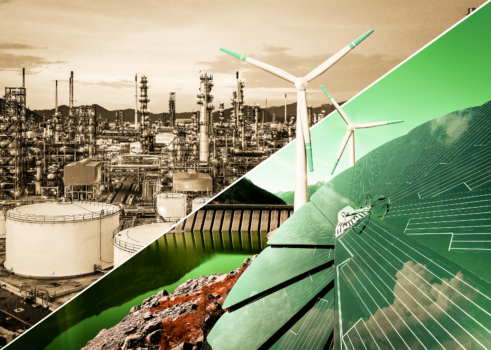 By Rob Cockerill on May 12, 2021
Translate
Feature

For many, when we think of Venezuela and its energy scene, the first thing that comes to mind is likely the headlines surrounding oil and gas power struggles and the apparently uneasy balance of diplomacy and political power that exists with economic sanctions and fossil fuel trade.

A founding member of OPEC (the Organization of the Petroleum Exporting Countries), Venezuela is one of the world’s largest oil producers and sits on more proven oil reserves than Saudi Arabia, for example. And just this year, in March in fact, we have seen widespread headlines surrounding the US sanctions imposed on Venezuela in January and the ongoing impact on both its oil exports and ultimately its economy.

These are just two examples to illustrate the point that if ever a country, an economy and a nation could so decouple and deleverage itself from such connotations, then Venezuela is arguably on that list. Like the resource-rich countries of the Middle East region, Venezuela is historically dominated by its oil and gas assets and maximising the revenues and political leverage of those. The latter is so often a complex geopolitical balancing act that plays out throughout the months, years and decades.

The global clean energies transition, built upon core pillars including hydrogen, wind and solar power, electrification and other alternative energies, offers a promising and potentially affordable route out of such complexities. It is perhaps less well known that Venezuela is, to some extent, already in the midst of such a transition – albeit currently focused on hydroelectric power that has had its fair share of intermittency.