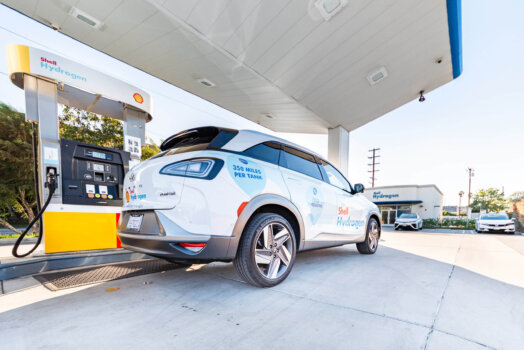 ‘We are pushing very hard to make this happen’: Shell talks hydrogen stations, standardisation and scaling up

“This is the beginning of some fantastic technology,” then US President George Bush said in 2005 as he refuelled a General Motors fuel cell minivan with hydrogen from a Shell station in Washington – the first retail hydrogen and gasoline fuelling station in North America.

“I’m excited to be a part of this technological revolution that’s going to change the country. It won’t happen overnight, but it’s coming.”

And President Bush was right, it wouldn’t happen overnight but it’s definitely happening now, 16 years later, and Shell has been quietly working away at this the entire time, even longer in fact.