Australian energy infrastructure company Jemena is pioneering a $15m project that could see homes and businesses in New South Wales powered by green hydrogen as early as 2021.

A portion of hydrogen produced as part of the trial will be diverted to a gas engine generator to generate electricity to be exported back into the grid, with hydrogen off take made accessible for use in an onsite hydrogen fuelling station for fuel cell vehicles.

Jointly launched in 2018 with the federal government’s Australian Renewable Energy Agency (ARENA), the project is Australia’s most comprehensive hydrogen demonstration and will test three areas: the generation of hydrogen gas from solar and wind power; the storage of hydrogen in existing assets; and provide off-take for the vehicle industry.

What are the benefits of this project?

The best way to support Australia’s transition to a lower carbon future is to maximise efficiencies to keep customers’ costs down. For example, the Jemena Gas Network delivers natural gas to 1.4 million people in New South Wales. This existing infrastructure could be repurposed to support zero carbon gases such as hydrogen (and biomethane). This would be cheaper than adapting the electricity system to handle this load.

In addition to the hydrogen demonstration, the site will include other potential ways of greening the JGN. For example, we will install a Capstone C65 Microturbine to trial the conversion of hydrogen into electricity. We are also working to provide hydrogen off-take for the automotive industry

Project learnings will be shared with the hydrogen and energy sectors, as well as with academia, and the wider community.

The 500kW electrolyser is currently under construction in Belgium. How does this technology work?

In 2019, Jemena engaged Australian-based ANT Energy Solutions, specialists in the design, development, and integration of renewable energy systems, in the procurement of the electrolyser. Its construction is taking place in Belgium by Cummins (formally Hydrogenics), an international leader in designing, manufacturing, building and installing industrial and commercial hydrogen generation, hydrogen fuel-cells and MW-scale energy storage solutions.

The Jemena electrolyser corresponds with a hydrogen output of approximately 100 Nm³/h or enough to power approximately 250 homes.

At the heart of the system is the cell stack which splits water into hydrogen and oxygen. Key to this process are the electrodes.

Those who remember their school science lessons might recall an experiment where hydrogen was made from applying a DC current to water and then seeing bubbles of hydrogen and oxygen. The basic principle of an industrial electrolyser might be the same, but the challenge of creating hydrogen at scale is quite different for high-flow automated machines.

Importantly, safety, flow and reliability are key and the system needs to deliver high purity (99.999%) of hydrogen.

Can the electrolyser be scaled up in the future, if required?

The design of the Jemena electrolyser is such that it allows for the installation of two cell stacks, which means an extra stack of 500kW is possible, if required in the future. 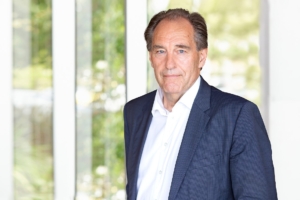 What are the next steps for the project?

The Horsley Park site is currently being prepared for the electrolyser’s arrival, testing and commissioning later this year. We expect the first flow of hydrogen to be injected into the Jemena Gas Network in early 2021.

Is Jemena involved in any other hydrogen-related projects that you can tell us about?

The Australian hydrogen industry is supportive and through our membership of the Australian Hydrogen Council and Board position with the Future Fuels Cooperative Research Centre we are connected into many state and national projects.

In addition to hydrogen storage in the Jemena Gas Network, we are also pursuing waste-to-energy projects such as bioenergy. Our Board membership of Bioenergy Australia and our recent submissions to the Federal Government’s Bioenergy Roadmap, and the Technology Investment Roadmap, outlined how both hydrogen and biomethane can be supported in the Jemena Gas Network and provide customers with the green gas they want.

What needs to happen in the next one to two years to support the growth of the hydrogen industry in Australia?

We have called for a national accreditation program for renewable gases, such as hydrogen and biomethane. The introduction of a certification system would enable customers to purchase verified and accredited zero emission gas as is currently the case for renewable electricity.

In the longer term, Australia has the capacity to be a world leader in green gas, with several trials commencing across the nation for domestic and international markets.

Jemena believes these projects can unlock regional jobs, business growth and enhance energy security. They have a huge role to play in lowering emissions, locally and internationally in sectors such as heavy transport, manufacturing and our gas networks.

Finally, if you could leave our readers with one hydrogen-related message, what would it be?

Australia’s hydrogen sector is gathering pace – rapidly. Since 2015, the federal government has invested AUS$146m into hydrogen projects along the supply chain, including R&D, demonstrations and pilots.

Australia’s hydrogen sector is connected internationally through its membership of the US Centre for Hydrogen Safety, and domestically, research organisations, industry and national government-led frameworks are accelerating the development of this energy source, for local and overseas markets.

We believe Australia will have a significant role in the global hydrogen industry and we look forward to sharing progress reports on the Western Sydney Green Gas project, and other renewable gas demonstrations, with international audiences.

Sydney’s bus fleet to be transitioned to zero emissions